I know, right? I just updated you on my life on Wednesday, and here I am talking about myself again like some crazy narcissist. Well, it's Saturday right now and I'm trying to avoid writing an essay that I didn't choose* and that I have no idea what to write about for. It's going to be a really fun weekend, let me tell you! And, besides my mental torture, I also did a thing on Thursday that is relevant to all our lives, so mostly I'm going to write about that and then put some links to stuff that is relevant to all of our interests and that I've been collecting on my phone for 10,000 years. It'll be fun for all, is what I'm saying.

SO. On Thursday, (which I SHAMEFULLY neglected to mention on Wednesday) I went to London to meet up with Bex and Katie to go book shopping and generally frolic and definitely NOT say cunt in the children's section of Waterstones Piccadilly (Yeah, that happened. But I said it REALLY QUIETLY. I also said shit in front of a five year old at work yesterday completely accidentally. I should be stopped). An excellent time was had by all, even when we accidentally walked the wrong way when looking for lunch and got remarkably whiny (me) and hungry (Bex) (Katie managed not to disgrace herself). After an excellent amount of noodles and a REALLY excellent political discussion (I had to tell Bex and Katie off for voting Lib Dem) we went to Forbidden Planet (because, nerds) and died over how much stuff we needed, before I had to leave and go to a stupid Macbeth seminar because, again, nerds.

Books! I bought some but am vaguely reluctant to share them only because they're going to be birthday presents and who likes to do birthday posts about books? That would be me. I was very very good (for once) and only bought one book from Waterstones and two from Forbidden Planet- one of which I've allowed myself to actually pay for because apparently I need to read Watchmen because it's amazing? So that's happening. It's probably a good thing I left when I did because Bex and Katie seem to have bought waaaaay more books after I'd left than we did together, so... excellent job, me.

To sum up (or, to say some more things that are actually different to the things I've said before, gosh this is a terrible sentence, good job I don't have to write an essay or anything today. OH WHOOPS): London has many many more bookshops than can be gotten to in the three hours I was there, Katie is excellent and everyone should be so lucky as to go book shopping with her (Bex, I think we already know, is the greatest) and I'm hoping we can all go back to London soonest so more ground can be covered. Things I learned: shopping in Waterstones Piccadilly should not even be attempted if you're hungry because you will not want to leave but you will also be about to die of hunger before you do. There is nowhere to eat in the opposite direction to Leicester Square unless you want caviar, diamonds, or whiskey (don't think I wasn't tempted by the last of these three options), and Katie can magic up adipose stress toys just by saying that she wants one. I'm planning to harvest her magic and grow myself a real life unicorn.

Anyway. An excellent day (or, three hours) was had by all and we even remembered to take pictures which basically never happens (or at least not with me and Bex. We are terrible.) Here are my couple: 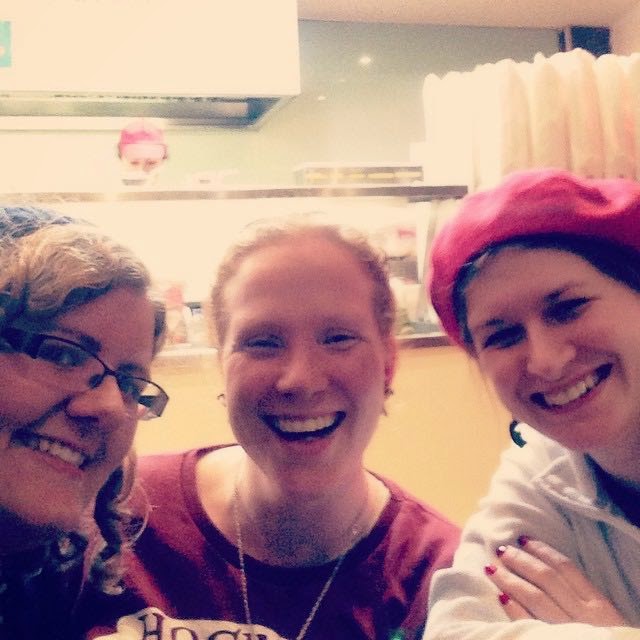 We manage to look normal. 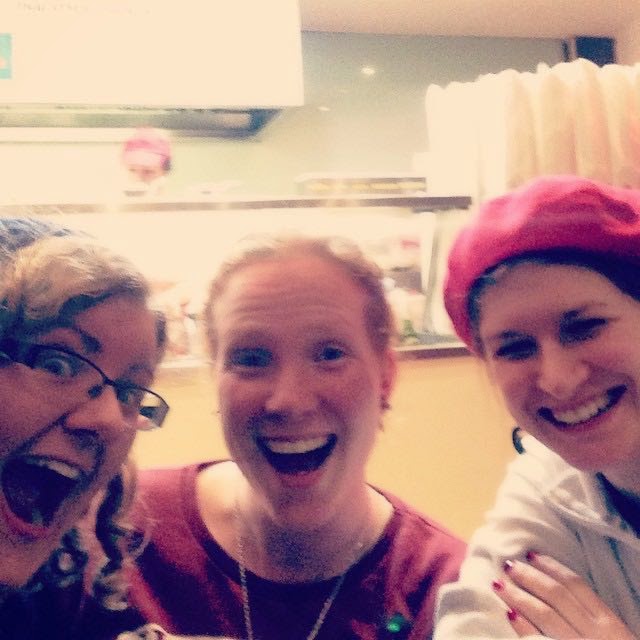 We manage to look ridic, apart from Katie who maintains her dignity (I have no dignity).

So yes. Basically it was exactly the kind of ridiculously nice outing that I need at the moment, and it's the kind of shit that keeps me going in between the random crying (mainly wine, also grief) and the feeling stressed of a Saturday morning (I'm discovering I have a special form of PTSD from when my sister called to tell me my nan had died, which takes the form of feeling sick whenever she calls me, and feeling anxious on a Saturday morning until after about 11am. It's fun! Except really not.)

But anyway. Links! (There are a lot and I'm sorry if I've posted any before. But just enjoy the awesome.)
Harry Potter links get their own special section, of course:
THERE. I collected all of those for you, so don't say I never give you anything. And happy March, children! It's pretty important for me to have daffodils in my house right about now, so I should probably do something about that. Your Sunday plans?

*Like, fully. We had to pick a week to do our essays in and I was the second last to pick, which left me with Sylvia Plath poetry, which I LOVE but also have no skills to interpret. Like, zero.
Posted by Laura at 08:00