We'll talk about how I miss my blog in a minute. But first, let's do that thing where I tell you about my week and you, in all likelihood, don't care all that much. But anyway!

I was totally ill on Monday and Tuesday so I was off work coughing and being miserable (and blogging! Totally my only two posts of the week were on those days) and I definitely shouldn't have gone in on Wednesday but I did because I'm a brave little soldier. And also it meant they'd know I wasn't faking when I was off on Monday and Tuesday because apparently that's a thing I think about! On Monday and Tuesday, though, in spite of a massive cold, I totally watched ALL of season 3 of The Hills and sewed like 2 and a half cushions, and by the end of it I wanted to MURDER everyone in The Hills. Which wasn't really their fault but mine for watching SO MUCH SO FAST (I think I gave myself cabin fever...) but also... They're SO fucking annoying. I'm sort of in the middle of writing this post about how much Sex and the City pisses me off when I watch it now, but I think the same is true, if not true-er of The Hills.

Although once they get Season 4 on Netflix, I'm totally there. I have issues.

So anyway, once I was back at work that's basically what I did, along with more sewing in the evenings, and also somewhere in there I managed to finish Birdsong which is ridiculous and amazing and means that I only need to read one more book (Long Walk to Freedom by Nelson Mandela) to be DONE with all my challenges, which, as you may be able to tell, excites me! I feel the freedom from the shackles of challenges beckoning me! (Can you tell I'm not signing up for any this year? I CAN'T DO IT!) Anyway... And then on Friday night I couldn't get to sleep at allll and for no reason and it was really annoying, so this weekend has been kind of a washout because I've been SO TIRED at all times. Even now. And I have another tree to decorate (I've already done one today, and I'm kind of like... didn't this feel less like work when I was a kid?!) 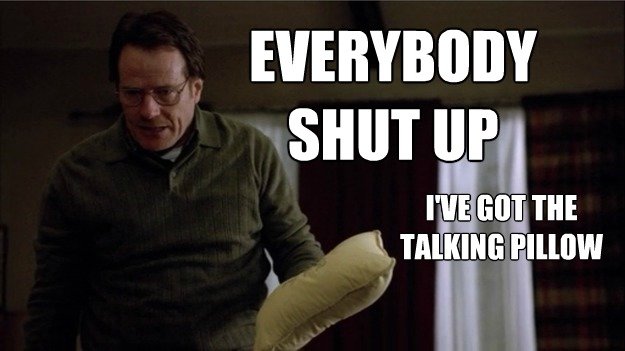 So, I miss my blog. And by that, I really do mean my blog and not my blogging peoples for once, because, you know, twitter. And I think it would be really easy to blame work for not blogging that much, but you know what? My entire mornings are free and I pretty regularly waste them doing not much. And yeah, I've got less time to read now, but I've got two reviews lined up to write, and I just... Haven't. And it makes me sad because my blog used to be kind of like my job-where-no-one-paid-me-but-it-was-the-funnest-ever-job, and now it's barely on my radar. Sad times.

The thing is, I know it's just a rough patch of having too much to do (which, obviously, I'm not at all used to) in that November free time was committed to NaNoWriMo, mainly (which was totally worth it, actually) and now I've committed myself to making these bloody cushions that I started last year and bought all the stuff for, and then... Never finished. And I'm totally moaning about it but I'm going to feel GREAT when they're all done (and even better when people open them) but at the moment I'm resenting the CRAP out of them for taking my tiiiime away. Also other christmas things grr grr moan. All of this just smacks of first world problems, I realise, but at least I realise it right? And if I realise it I get to complain?

Basically, I just have too many hobbies and not enough time/energy to do them all. It's lame.

But anyway, since I have identified that I want to blog more/some, I'm going to commit more/some time to it. I mean, nothing like set out in some kind of horrid timetable or anything, but I'm going to make sure I do it because I think it's good for me, and I definitely feel more settled when I'm blogging things. I'm halfway through a review of Crime and Punishment (I don't even know how I properly feel about it, so that's going to be fun to read!) and I got kind of excited thinking about writing about Birdsong because I have a lot of issues with it, but also it was sort of ok, and ALSO I want to mock all the quotes on the back a bit? So these are the things you have to look forward to!

Just don't ask how The Blind Assassin readalong is going, because I haven't read any of it and Elf is on tonight. I have priorities, people.

So yes. These are my feelings and this is what I'm going to do about them. I'm glad we're all clear on that. This week I'm going to try and wrap some Christmas presents to get them under the tree and OUT OF MY FACE, and I have a work Christmas meal thing on Friday that should be fun. Tomorrow I have to get glared at at the Post Office because I have SO many cards to send to the US (and Canada. Sorry for the brackets, Canada.) and they will surely take all my money from me like they always do. Those bastards. But anyway. Christmas, Christmas, Christmas! (And blogging. Never forget the blogging.)
Posted by Laura at 16:46