A Half Hearted Readathon

Omg, I had such a good sleep, you guys don't even KNOW. (Sorry). I read one short story from Everything's Eventual before sleeping last night (IT WAS HORRIBLE. But not supernaturally scary so I can deal) and then this morning I remembered that I was just over halfway through this GIANT graphic-novel-memoir (giant as in, I think it might be TOO long...) A Drifting Life, and I thought heyyyy... I can read that! And I will get through so many pages! This is how you win things, people. (Obviously I'm a winner here and not actually a loser...)

So. My sister is coming to pick me up in about 15 minutes (hopefully...) to go to Harry Potter Land, so this will be my last update for the readathon, although I'll probably do the wrap up questions thingy later tonight just for, you know, continuity. So HAVE FUN finishing the readathon, I think you're all amazing and keep going!

Guys! This readathon thing without doing any (or, at least not much) of the social stuff actually works really well! I'm bad at meeting new internet people, and most of my internet people aren't participating, so I've just been reading like a champ and have now finished 2 books. I KNOW. I'm kind of impressed with myself too. Since the last update, I've pretty much just read (natch) eaten a whole pizza (from Lidl, not, like, Dominos or whatever) and changed my bedsheets which badly needed to happen because I cut my ankle shaving like more than two weeks ago and there was blood allll over my sheet and did I change it? I did not.

So. This is my final update before sleepytime. My phone is already off, my ipad will shortly be going to sleep, and I will read for a little bit more before actually sleeping myself. I will probably return in the morning, although actually that'll only be if I read anything... But that sounds likely, right? Either way, I will be rooting for you in my dreams, so keep on going! You're all awesome.

Books Finished: 2
Books Read From: 2
Pages Read: 247
Cumulative Pages Read: 446 (again, I really should have read 4 more!)
Snacks: OMG, so many veggie percy pigs on top of a pizza and a creme egg. Feeling slightly sick, I can't lie.
Naps: Still not any. I don't know why I bother having this category because I don't even nap! Like, ever! Stupid.

But wait, there's more!
Because apparently I can't turn down a selfie, even if this one does kind of make it look like there's something wrong with my face... DAMN FRONT FACING CAMERAS! 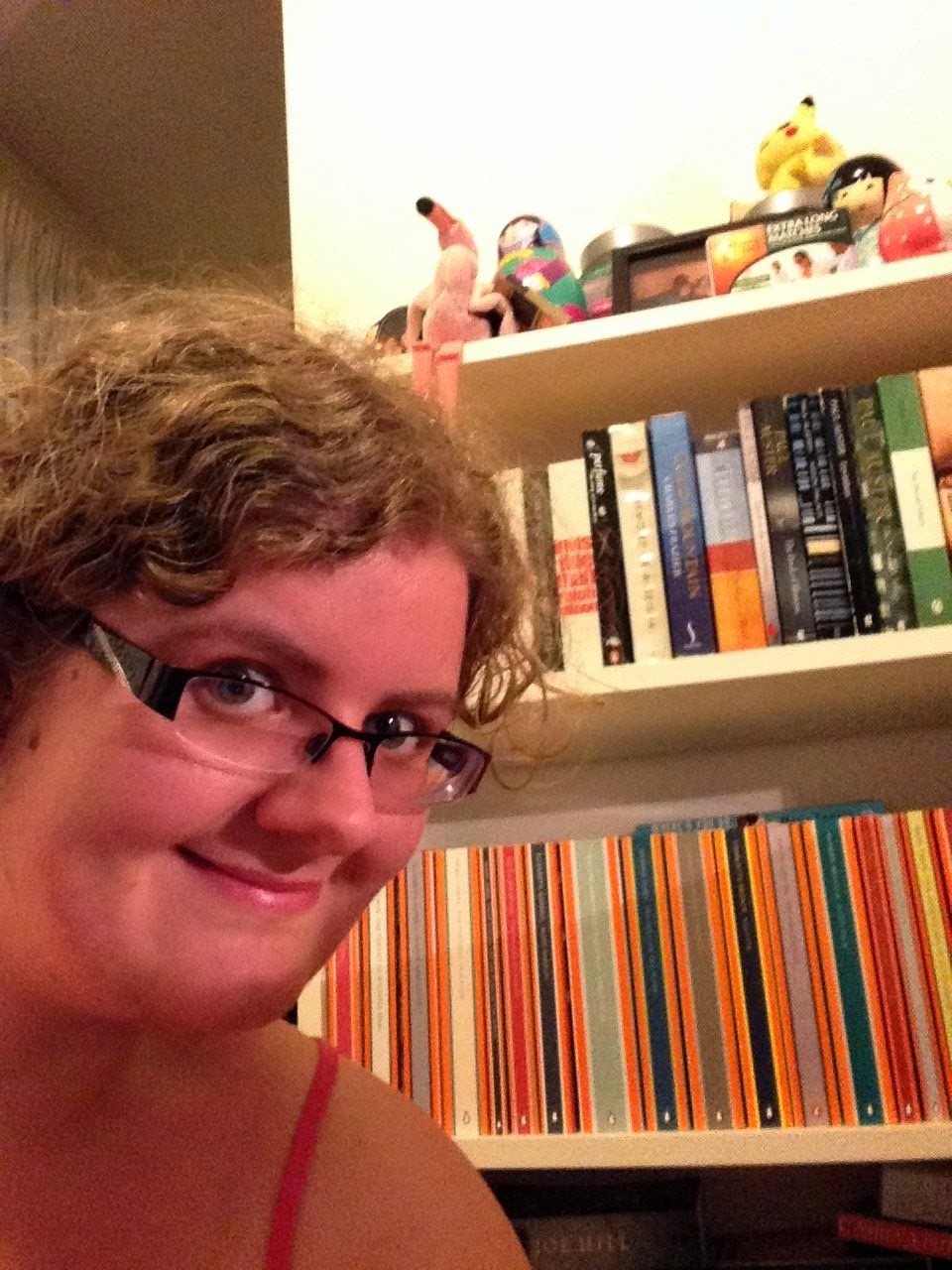 Look! I'm with all my PEL books! And I look slightly deranged! Yaaaay!

I'm still here! Still reading! I've taken a break because either my ipad is ever so slightly hurting my eyes or I just really need a sleep. Either way, I'm tired. POOR ME, FEEL MY PAIN etc.

How is everyone doing? I've had about a million fairly unnecessary snacks for someone who had a hearty lunch, so I'm not only tired, I'm pretty full, too. If you think that's a prime position to be in to have a nap, then you would be absolutely right. Am I about to attempt to nap? Well, that would be telling. Here's what I will tell you- some reading stats!

Books Finished: 0 (booo)
Books Read From: 2 (I started with Life After Life, had to take a break to charge my ipad and went for The Harm In Asking by Sara Barron which is HILARE. Seriously.)
Pages Read: 199 (woaaaah. Also I feel like I should have read ONE MORE PAGE)
Snacks: Numerous, and mostly unhealthy. There was an orange in there somewhere though!
Naps: Ask me in an hour.

Hi, kids! So today is readathon day, and I've been having the kind of issue where you sign up for something and are really excited about it at the time, and then it ends up being sandwiched between a migraine you had yesterday, and an outing you're going on tomorrow, when you really just wanted to dedicate a whole weekend to its excellence. But, nonetheless, I shall read some, go to bed at a sensible hour, and everything will be fine.

To be fair, I've already read a fair bit this morning, so I must be at least two hours in by now. But we'll call this the start, anyway. Updates will, as ever, be on this post, although I'm not sure how many of them there'll be. WE SHALL SEE.

1. What fine part of the world are you reading from today? London, England. Ish. Let's call it London-lite. Or something. Ok, it's basically Twickenham.

2. Which book in your stack are you most looking forward to?
OK, so I don't really have a stack PER SE (I know, something bad has happened to me- for my first readathon I had a stack of 18 books) but I do have 4 books near me so of them, I'm probably most looking forward to Life After Life, which I'm already halfway through. So THAT'S exciting!

3. Which snack are you most looking forward to?
I'm basically just going to be munching on birthday and easter chocolate. So ALL of that.

4. Tell us a little something about yourself!
Um... I'm a new convert to running and should probably be doing that right now, only my head's still a bit tender so reading it is!

5. If you participated in the last readathon, what's one thing you'll do different today?
LAST readathon I spent most of it talking to my new (at the time) housemates, so I'm going to do less of that today! But also, early night. Important.