Hey guys, hey guys, hey guys! How is everyone? I am on the back end of nine days off work, so naturally I'm really grumpy that I have to go back tomorrow- but since I'm not a normal person and only work three days a week, it seems churlish to complain. But let's not think about tomorrow, let's talk about this week just gone.

It wasn't anything spectacular- I went to a few places, made some MOOMIN related purchases (pjs and a phone case and a book, thanks for asking), and just generally tried to relax and recharge before my life becomes so ridiculously busy that I can't stand it (but I will. I so will.) In preparation for that, I took a little trip to my new uni just to see how long it takes to walk there from the station, and I did already know this but LOOK HOW PRETTY IT IS: 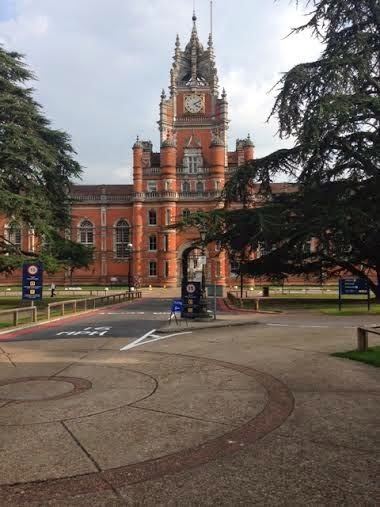 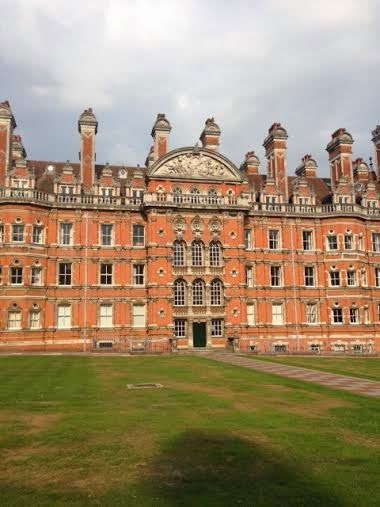 I mean, right? That's worth the fees right there.

So. A good week. Apart from work, this week holds my last Wednesday off until reading week (and then Christmas. And then another reading week. And then Easter) and my induction day at uni on Thursday. Can you be excited for and terrified by something all at once? If you can, that is what I am right now. Eeeeeeek.

But anyway, the important thing is that today is Stephen King's birthday. (Yeah. THAT'S the important thing...) I don't know if I can overstate how important Stephen King has been to me as a reader over the last few years, but you probably know all about that if you've been around here for any length of time. Choosing to read his books in order gave me something to focus my mind on when I had literally nothing to focus my mind on, and gave me a project for when I didn't really know what I was doing, in any area of my life. There were times towards the start where I was pretty much reading his books because I literally didn't know what else I should be doing, or because my mind felt so empty but so dark that I couldn't think of anything else I could do.

I got better. I don't necessarily credit Stephen King with that, but having a project really did help at the darkest points. Things have changed so much since reading his books was my only project (which explains why I still haven't read all of his books...) but I'm still always going to be grateful that I had them when I needed them, and maybe even more grateful that they'll be there when I want them, too.

When I think about Stephen King, I can't help but think about this blog too- the two things really go hand in hand for me, and my relationship with them has really shifted in the same way. There was a time when I needed this blog, because I needed things to do, to keep me going. Now, I have so little free time that it's not necessarily the first thing I think of when I do have some (that thing would be sleep) but it's such a part of me that I can't imagine it ever not being here. I know I'm only going to have less and less free time as this academic year gets underway, but the thought of not having this space anymore hasn't even crossed my mind. I'm not saying I'm going to be posting regularly- I think that would be unrealistic for me to believe, both in a sense of how much I'm going to be able to read, and then how much I'm going to be able to write- but I'll be here, sometimes. And then, also, always.

So there it is. In case you were wondering (you definitely weren't) if you'll ever see me around here again once I get sucked into the sixteenth century, then this is your answer. I'll be around, and I'll be thinking of you often. The fact that this blog isn't everything to me anymore is undoubtedly a good thing, but the fact that I want it to remain as something is still there. And that's a good thing too.
Posted by Laura at 23:15