I realise this should be a Sunday Sundries post, but this isn't a sundry topic, it's kind of an everything topic, for today is this tiny little blog's fourth birthday! 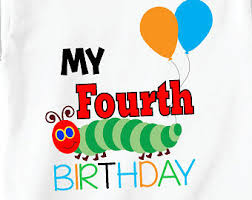 I've just read through the last three years of blog birthday posts, and what strikes me the most is how different each year has been. Which is something that I say every year, of course (and bear with me, for there will be more repetition during this post, I'm sure!) but it's still true that doing this, and taking stock of where I'm at on one day each year, that isn't Christmas or my Birthday (which, although they come a year apart, are also weirdly suspended in time so they're almost the SAME day every year) is very clarifying, and also, you know, weird and scary.

So. Where I'm at. I'm busier and more tired than I've been possibly in my whole life (and definitely since I started writing here) and obviously this has been reflected in the amount I blog. Last year was so weird, and so sad, but so character building and life changing in a lot of ways, and it's just been a whole lot. There were times where I wanted everything to slow down, but, apart from a few impossible things, I didn't really want it to go back to the way it was, because the way it was kind of sucked a lot of the time.

Even though I've posted so very sporadically here since starting my MA in October, I also feel like I kind of carry this blog, and you lovely people with me wherever I go with it because, if I hadn't had this one place to discuss books and constantly remember how much I just fucking love reading, I probably wouldn't have thought to go back to education at all. Even though I sometimes keep myself awake wondering what I'm actually going to do with a Masters in Shakespeare, I always just end up telling myself, well, even if I do nothing with it, I'll still have had the experience of doing it, and of reading some of the best stuff ever, and you know what, education is never a waste, you guys!

Just another thing I get to carry with me all the time.

But YOU GUYS. You guys are the best. What would even be the point of (very occasionally) writing things and working through thoughts in the comments if you weren't there too? It's still so ridiculous to me that I have a whole network of people to talk to about almost anything, like asking Kayleigh about her thoughts on postgraduate study, or exchanging emails with Alley about Mad Men, or mass facebooking the only people I know will care about a feminist retelling of Harry Potter as much as I do. We've gone so far beyond the limits of our own blogs (quite literally, in the cases of Ellie, Hanna, Charlotte and especially Bex, whose house I have even been to!!!) I truly believe I have hunted down the best people that the world of book blogs has to offer, and so all of those sparkly YA blogs I had to sift through to find you people has been completely and utterly worth it. Good job being so excellent and making me spend all my money on books you say are awesome. You BEASTS.

The oven in my house is broken (don't even talk to me about it, I can't) so the tradition of baked goods for my blog birthday has been broken for another year, since last year I was too sad to bake. Which, considering that makes two and two, it isn't even a tradition anymore so much as that thing I did twice when I was 1) unemployed, and then 2) very underemployed. Having said that...

How does one end a post when it's on a topic that isn't finished? I'll be writing here, however sporadically (and it will be SO sporadically, at least till after March) for the forseeable future, and I'll be clinging onto you lot for as long as you'll let me. There are so many ways in which the internet and social media are unsatisfying and damaging and all that other stuff, but I can't ever really think that with a straight face because without it I wouldn't have you guys in my life, practically on a daily basis. I say it every year, and all the time, but I didn't expect to get actual friends from this whole blogging thing, but now I just think it's the whole point. Nothing else would have been as good, and this is really good.