It is Shakespeare's Birthday So This Is Relevant

I'm going to celebrate by writing/editing essays and possibly curling into a ball and rocking and crying, but still, thanks for being born, Shakespeare! (I am actually serious about this, I still love him even though I hate, you know, working and putting effort into things haha).

And I don't know if I'm making a giant leap here, but let's see what I got for MY birthday, shall we? (Betcha thought I was going to write something about a book, or Shakespeare or something, huh? NOPE.) I mean, what I mainly got for my birthday was books, so, you know, it's all good. I essentially bought all my own birthday presents this year (ah, age) which meant I went wild on Amazon and, you know, in every shop ever. I've had a revelation that I don't have time to read full on books at the moment, but comic books? Those I can do. So that's mostly what I got! 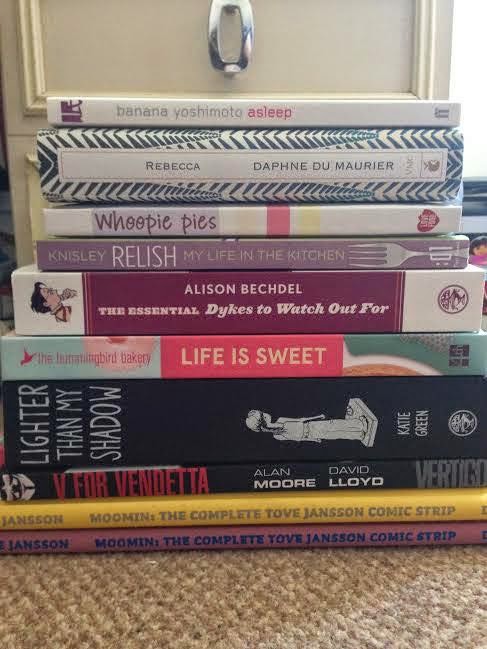 And then I took the worst picture in the world. The point is, SO MANY BOOKS, LOOKIT! So I really only got two non-picture books, one of which was a fancy edition of Rebecca that I'm pretty pleased with, the other a Banana Yoshimoto book because there's no way I don't want to read that. There's a couple of recipe books, a couple of Moomin comic strip books and some glorious comic books: V For Vendetta (cause of how I love Alan Moore after Watchmen), Lighter Than My Shadow (which I'm more than halfway through, and it's excellent, and and yeah), The Essential Dykes to Watch Out For (cause, Alison Bechdel) and Relish (cause, food. Yes.)

So yeah, it was a pretty great day for books. It was even better than that, though, because in the morning, after my birthday run (I can't even believe I'm the kind of person who does a birthday run now. Let's not talk about it) I opened my cards and presents from the wonderful people of the internet and also real life people and it was so great- I had a little bit of alone time to squeal over books by myself and not have to explain to anyone what they were about. So, presentssssss! 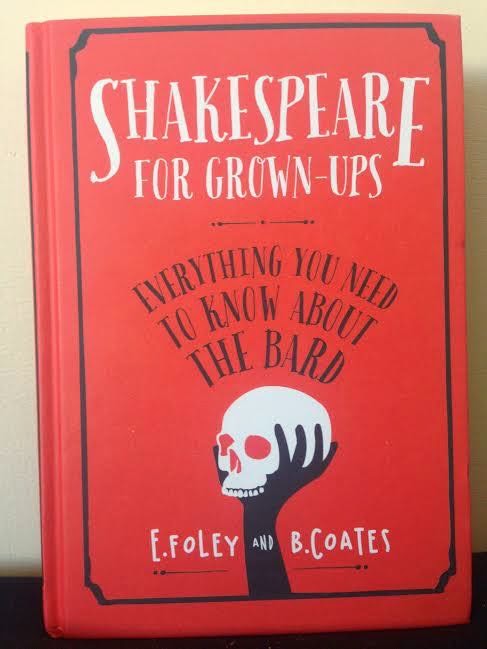 My lovely friend Justine who I love dearly but lives in Bristol sent me Shakespeare for Grown-Ups, which I'm sure will be very useful for life and, you know, Masters reasons, and also some American sweets because this is how we spend our time when we're together (buying American sweets, rather than reading Shakespeare, because come on). 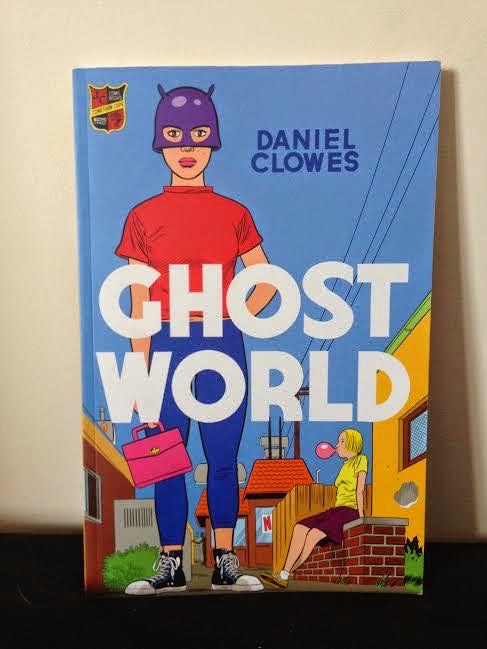 The glorious Ellie sent me Ghost World which I've wanted to read for aaaaages having seen the film and not entirely fully being sure if I like it? Or, rather, if I LOVE it. I've read this already because, you know, I'm me and I was supposed to be writing essays so obviously I was reading this instead, and I'm still not sure that I LOVE it but I think I have more insight into why that's the case now. Review coming soon (she says...) 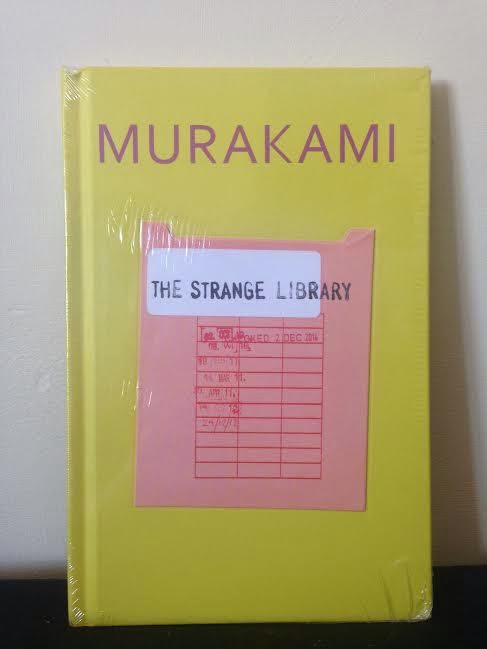 Lovely lovely Katie sent me The Strange Library and DID YOU SEE THAT IT'S BY MURAKAMI?! Cause it is. Automatically guaranteed to bring me joy. I've forgotten to take photos of my cards, and, let's face it, I'm much too lazy to get up, but Katie sent me a Lego card and it was spectacular (everyone outdid themselves on cards this year, actually. I am way impressed.) 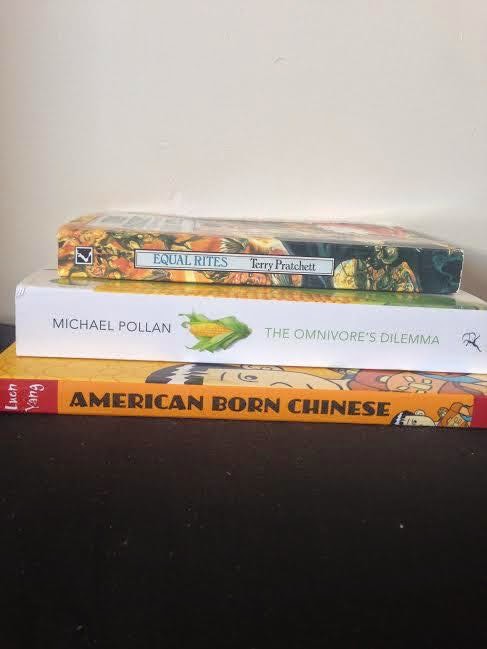 Bex sent me three whole books! Three! She sent a Terry Pratchett because I've never read any of his books (because I'm terrible) and I'm gonna say she sent Equal Rites even though that photo is hella blurry and, once again, I'm too lazy to get up and check. But it seems like it's going to be feminist and awesome and that is all I ask for in life. Carrying on a tradition, she sent me a book about anxieties surrounding food (The Omnivore's Dilemma) and further from that-time-I-asked-if-Watchmen-was-good-and-she-said-yes-and-was-right thing, she got me a comic book too- American Born Chinese, which looks pretty excellent. 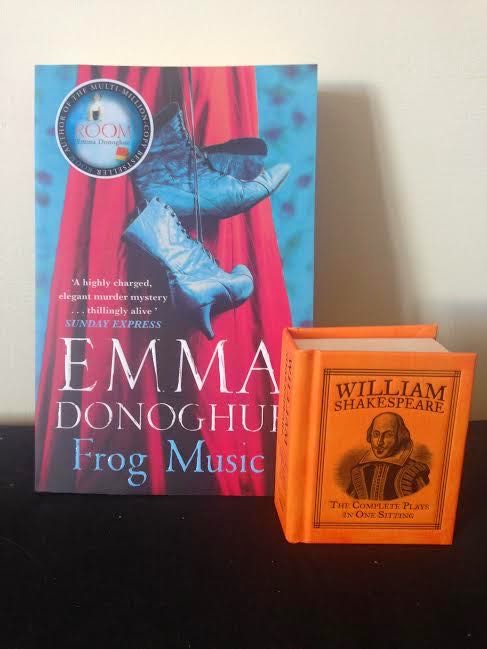 Charlotte apparently left my present in a beer garden, but it got to me safely nonetheless and lookit that teeny Shakespeare book- all the plays in one sitting! This seems like it will be useful if I want to refer to a play but don't actually want to read it, plus, you know, I clearly need it. And and and an Emma Donoghue because how do I not need all of her books? I need all of her books. 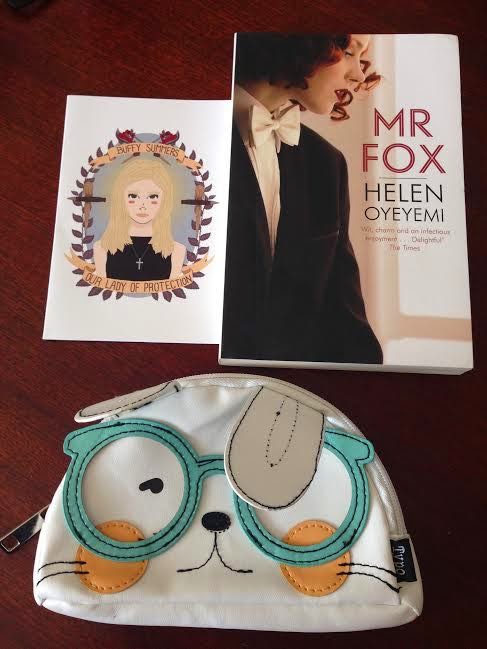 And then, JUST TODAY, as if it knew it was needed for this blog post, Kayleigh's present arrived! It also arrived just after we discussed it's arrival/lack thereof on twitter, and we therefore suspect the Royal Mail of spying on us. Either way, I'm super glad it's here because OMG how cute is that bunny?! I've been wanting to read Helen Oyeyemi since everyone lost it over Boy, Snow, Bird, so this is the perfect opportunity to do that. AND I took a picture of the card and everything since it was near me, but you can't even see that it's a drawing of Buffy and says 'Buffy Summers: Our Lady of Protection.' So completely awesome.

To sum up- I am an extremely lucky human and a very spoiled one, to wit. This post is pretty much in lieu of writing thank you cards, and THANK YOU to one and all, the internet is spectacular, and GOD I love birthdays. As a reward for you looking at all these pictures and being horrified about how spoilt I am, I have a book to give away! I have literally no money, but I accidentally bought an Atwood that I already had (don't I think of you guys so much..?) and, you know, might as well send it to one of you! 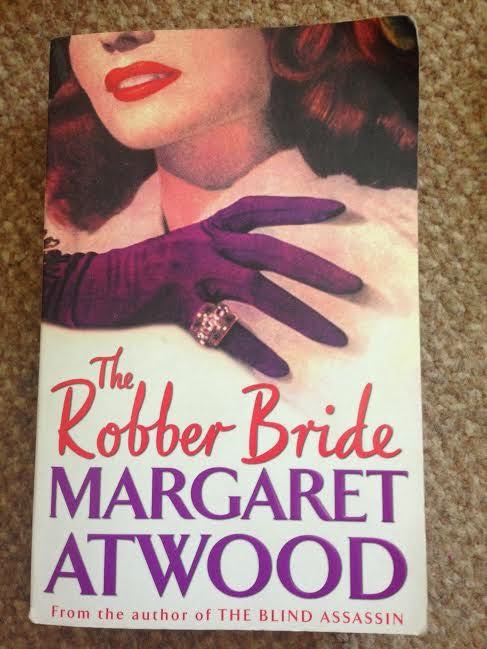 So, if you'd like a shiny (not that shiny...) copy of The Robber Bride, then let me know in the comments and one of you can have it, I guess. You're sort of ok people, so it's all good.
Posted by Laura at 14:44