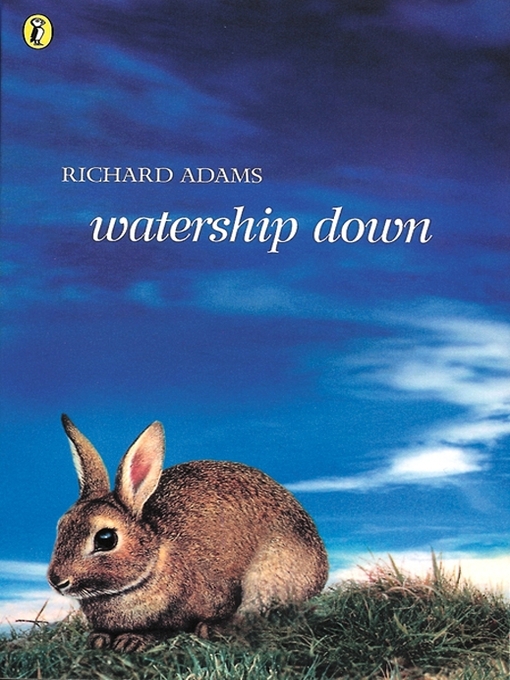 So, I wrote this whole post outlining the problems I had with Watership Down as I saw them, and for some reason blogger decided to lose that post. I am very non-happy about this, especially because now it's even longer since I finished Watership Down, and can I remember all the problems I had with it? Is the Pope Jewish? Anyway, I shall try to sort of reconstruct my issues with the bunnies, but it won't be as good as the last post (let's just pretend it was the best post that has ever graced the face of the earth) so... *grumble grumble grumble*

So, everyone knows the basic story of Watership Down, right? There's this one rabbit who has a vision of 'something bad' happening, and his brother is fortunately the leader type, so they and a group of other brave rabbits go away from the safety of the warren into the big wide world and off to watership down. And, of course, since they're bunnies, there are all kinds of obstacles and issues that they face that mean the world is very dangerous for them, and blah blah blah.

So here's a thing. These bunnies are incredibly sophisticated for, you know, bunnies. They have their own system of government (and other warrens have their own systems of government, e.g. the horrible police state just down the road) and beliefs such as 'be nice to other species because you never know when they might come in handy.' They even have a rudimentary form of religion, only Richard Adams says that it's not supposed to be a religion, and I don't care enough to argue for it either way. So anyway, in a lot of ways they're very human. But then, there are also a lot of ways in which they remain really bunnyish, and it gets annoying when they see cars and go 'oh my, what are these beastly contraptions' or whatever, because you'd think that a species that forms its own systems of government would be able to grasp the concept of machinery. And because there's this disparity between the ways they are animals and the ways they are humans, Watership Down never really worked for me- it's difficult to tell whether you should relate to them as humans or animals, and constantly being pulled one way or the other was kind of exhausting, and also, and more crucially, boring.

Plus, it's totally sexist. Don't laugh at me, cause it's true! Here's the thing- all the rabbits that go on the original journey are male, and it doesn't even occur to anyone that some females might be of practical use if they want the warren to last longer than, ooh, a few years (the rabbit's lifespan: just another thing I couldn't be bothered to look up) and that, hello, the female bunnies do the digging, so how are they even going to have anywhere to live?! It was just so irritating to me that the basic message seemed to be that women aren't able to do the journey because they're not tough enough (some of the boys weren't tough enough, there must be girl bunnies who are less weedy than them!) but we'll just go and find some later on and seduce them with offers of hot bunny sex. I know what you're probably thinking- they're bunnies, so it doesn't count. Well, actually, it does because, if you'll see above, they are bunnies with many human attributes. Since the analogy between humans and rabbits has already been made (without much success, I would say, but it's still there) then you have to apply the thinking about girl rabbits to girl people and, well, the females don't come out of it very well. Stupid bunnies.

There was basically one thing that I was sort of impressed by though. I know, shocker! But here it is: before the rabbits get to watership down, they come across another warren where the rabbits are all big and well fed, and they are taken in by them. It's obviously all very sinister because Fiver (the 'vision' rabbit) doesn't think they should be there, and of course he's right. See, here's the warren's secret (SPOILER, but do you really care?): they're essentially allowed to steal lettuces from the garden, as long as they accept the fact that the farmer or whatever has put out a trap for the rabbits, and will take one of them at a time, every so often, in exchange for them living in relative luxury. This is something that the rabbits accept, because it works for them because they haven't been caught by a trap yet. (END SPOILER) This just seemed so so reflective of western society to me- we're willing to accept the bad things that happen to others, so that we can live our lives in relative luxury. This is something that horrifies the brave yet sexist band of bunnies, and really, shouldn't it be something that horrifies us, too?

Just a thought there. Anyway- I think I've remembered the main points from my old post, except I think in that one I was slightly more coy and like 'I wasn't sure why I didn't like it, but I didn't and I think this is why' but really, I don't have the patience for coy today! Basically I'm not a fan of the bunnies who are sort of like humans but aren't so they're just sort of annoying, and I wouldn't read this if you don't want to be pissed off, like, continually. Ok? Good.
Posted by Laura at 10:42