Things I Read In January 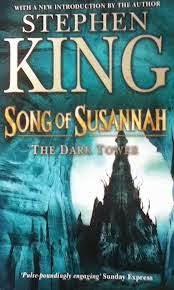 In the spirit of all Stephen King novels so far, Imma review this one properly. But in short: I've been thinking about it and it might just be my least favourite novel in The Dark Tower series, even though I didn't feel like that about it until I re-read it. But we'll discuss that later *nods conspiratorially*

Believe it or not, I actually started reading Moominvalley in November in, you know, November. Considering the fact that it's a children's book and a whopping 158 pages long, I think you'll understand me when I say that I really haven't been setting aside actual time to read until this month. Anyway. I've been trying to read the moomin books because I feel bad just loving their physical form but not really knowing their tales, and this was a bad one to start with because it has no moomins, just their absence and what it means and how it feels for the other residents of moominvalley. Which, to be fair, was an interesting and growing experience for many of the characters in this book but I wanted slightly more of moomin being adventurous and slightly less of characters I didn't really know having learning experiences. Still, it's more philosophical than your average children's book, and worthy of being read in a shorter timescale than two months.

Scott Pilgrim really deserves a full post considering how much I enjoyed the comic book series, but, you know, I'm a terrible human. That actually leads me in really well to these 6 volumes because Scott Pilgrim is kind of a terrible human, but actually also you root for him and want him to win always? I'm being really non-descriptive of the plot because I (almost definitely erroneously) believe that everyone has seen the movie (which I also kinda love) but essentially Scott Pilgrim, who is broke and totally unemployed, but in a band, falls in love with this girl, Ramona, and has to defeat her seven evil exes if he wants to be with her. THAT, though, I think, is really just a cover for a look at the aimlessness of life in ones early twenties these days and the struggle to figure out what anyone is doing, or supposed to be doing, and oh man can I relate. Nobody mention the fact that I'm in my mid-late twenties, ok?

The point, anyway: It's a solid story, I really liked the art, the characters are so great (even if you kind of hate them) and I read all 6 books in about 3 days, even though I definitely had loads of other stuff I had to do. Special mention to Bex for lending them to me, be nice to her and maybe she'll lend you some books someday too! 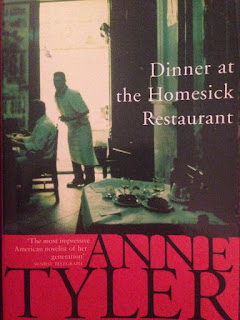 I only heard about Dinner at the Homesick Restaurant because it was on one of those lists of 'books that are amazing but kinda forgotten' (obviously the exact title) and, honestly, I'm pretty glad I found that list. It's not exactly an amazingly intricate plot or anything, but in the way of literary fiction the characters are so wonderful and human that I honestly felt that I was reading a real family chronicle (except I don't think anyone is that honest about their feelings) instead of fiction. In the way of truly excellent fiction, as well, it helped me understand things about myself that I didn't even know I felt, and whilst that's obviously a personal reaction to literature, it doesn't mean that it won't move you too, and even if it doesn't, you've still got a novel about a family trying to hold themselves together through everything, everything being life in a general sense. 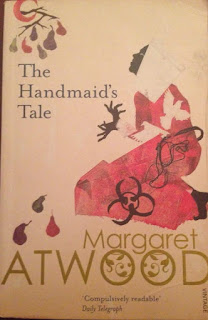 Reading The Handmaid's Tale was genuinely one of the reasons I started this blog, because I read a book that shook my core so dramatically, and I didn't really have anyone to talk to about it. Since I started this a couple of months after that, though, I never reviewed it here ever, and so now (or in a little bit) is the time for doing that, I think. In short form, though- this is one of my favourite books, one of my favourite dystopias, and should be required reading for everyone who doesn't think feminism is necessary anymore.

Harry Potter and the Goblet of Fire- JK Rowling
My first, my last, my everything. Obviously as great as it has always been, still my favourite book of the series. 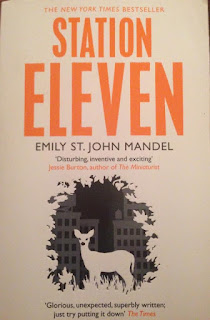 I feel like I deceived you slightly by saying I was going to let the books from January go, because I definitely feel the need to write a full review of Station Eleven. I can't escape the love of dystopias, ok guys, and this one is truly spectacular. Just hold on for some more interesting thoughts, I promise they'll be good.

Hard-boiled Wonderland and the End of the World- Haruki Murakami 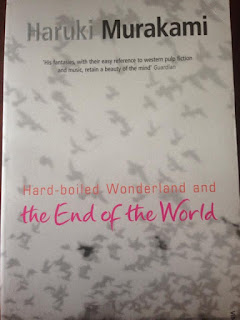 I started off kind of hating this book, but in the end I'm almost at the point of calling it my favourite Murakami? Here's the deal- unlike other Murakamis, which start with normality (more or less) and slowly drop you into a sense of increasing weirdness, Hard-boiled Wonderland and the End of the World drops you straight into the weirdness and it doesn't feel like it's going to let you go. I like to be eased rather than rocketed into my Murakamis so I wasn't pleased, but once I got through the first few chapters, the book evens out and becomes a meditation on the nature of the mind, with side helpings of criminal conspiracies, delicious sounding food, and musings about ears. It's Murakami as we love (and/or tolerate him) but as one of his earlier novels, I couldn't help feeling as though, in many ways, this was more of a complete story than some of his later works. Even though the circumstances are increasingly strange, the plot was one that was almost conventional- learning how to deal with the things you are going to lost and working out which things are the most valuable to you.

But, don't get me wrong. It's still weird as fuck.

BOOM January, you've been great. Let's see what February has in store, shall we?