Since summer is now officially over, I guess it's time to sum up my beach trips. To summarise: There were not nearly enough of them, but as there were more than last year, I'm officially calling this a success. A triumph, even, if you will. I still haven't visited Katie at the Isle of Wight like I keep promising (SORRY I AM TERRIBLE, KATIE) so that will probably be my next foray to the seaside, but for now, here are the trips I made this summer. 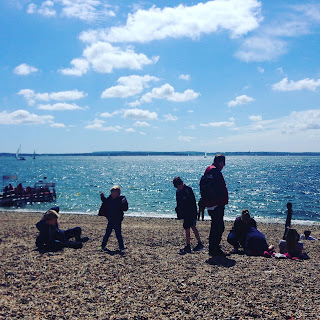 If you want to get truly technical, my first trip to the seaside this year was to Margate in April, but Southsea was the first time I sat on the beach and the first time I had a bloody good ice cream so we're starting our tale of the seaside here. This trip wasn't perfect by any means- it started with my desperate need to wee and then horror for having to pay for the privilege, continued through the discovery that I had basically no cash and errrrrything in southsea is cash only (lame) and even further through my sister making me walk THE LONGEST walk from pier to pier for no discernible reason. But still. There's something to be said for getting some sea air in your lungs, and even more to be said for eating chips on the beach. The amusements were amusing and I paid a full 40p for the privilege of carrying out a natural bodily function, thank you very much you opportunistic bastards.
Overall, it was good, but I think I can do better.

July 16-17th- Margate, Kent
I'm not sure if I should count my trip to Margate to do the Race for Life with Bex as a trip to the beach at all, because there was no sitting on the beach, and no going in the sea (although, to be fair, I didn't go in the sea all summer so that's not really a deciding factor). I did however see the sea: 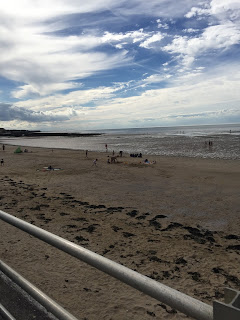 And then saw it some more whilst doing a really painful walk because of my womb: 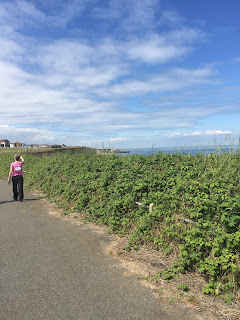 AND went to the amusements (seriously Dreamland is waaaaay cool!): 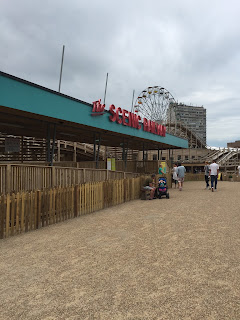 And left with the most excruciating case of sunburn and dumb tan lines: 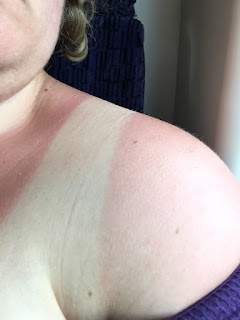 So really, a great success all round. Except for the sunburn part, which I admit was pretty awful. Why sun, whyyyyy?!

August 5th- Brighton, East Sussex
Before this trip, I had only been to Brighton once, with my family, on a day when we were all unreasonably grumpy, and then we got hangry, and everything was terrible. I have, since then, associated Brighton with grumpiness in my mind, and since grumpiness is my least favourite state, I have been reluctant to go back there.

But. This day in August was my last weekday off in between old job and new job. I wanted to do something special because who could say when I would have another day off (a couple of weeks later, as it happened, but that's another story) and I had recently discovered that Brighton is basically less than an hour and a half from my house on the train. Sold on the idea of beach goodness, and, well, chips, I followed my heart and found myself in Brighton at the start of Pride weekend. In Brighton. The gayest place in the country. Yeah.

So the giant crowds and AGAIN my desperate need to wee (I don't know why 1) I need to pee so much when I go to the seaside or 2) why there are so few toilets) did not get my trip off to the best start, and honestly I was nearly ready to remain grumpy about Brighton forever and ever until I realised how many freaking excellent Pokemon there were to catch there and everything was better. 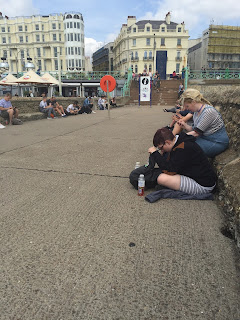 I found my people.
But Brighton isn't just bursting with Pokemon! There's also ice cream to eat on the beach: 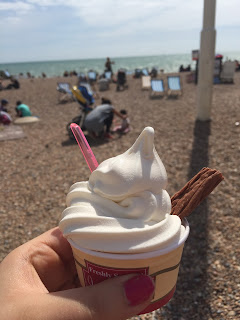 A bookshop with a pretty awesome staircase and yet not a single book I wanted to buy: 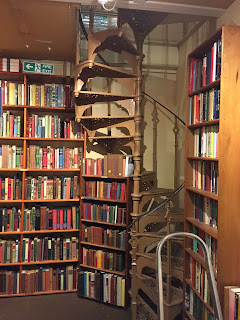 This one time where these seagulls attacked this one kid while his friends stood to the side and laughed: 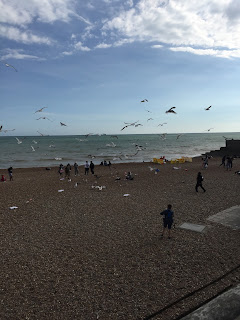 And, of course, Brighton Pier: 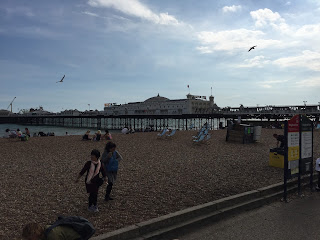 I also had a little look at the Brighton Pavilion which is beautiful/tacky and none of my pictures of it were any good. My phone tells me I walked 17km that day (thank you, creepy phone that tracks all of my movements) and I barely felt it at all which I think goes to show the magic that is Brighton. I will definitely be going back there, and more importantly, I will stop associating it with grumpiness because it is a place of pure joy and also Pokemon.

BOOM. The seaside is cool, I'm pretty glad summer is done because there are a few days I thought I was actually going to melt to death there, but also I kind of can't wait for more beach next summer.