Things I Read In August

It feels like August was ridiculously long, but at the same time I don't really have a clear idea about what exactly happened in it. I know that I spent a lot of money because now I have none, and I also know that I started a new job, which has meant a whole new routine and just madness and maybe that's why everything else that happened in August feels almost like background noise even though, overall, it was a very lovely month.

The main change for the intents and purposes of this blog is that I have SO MUCH more time to read now. Whereas before my commute involved a measly 20 minutes each way on the train, INCLUDING a change which meant I never really got the chance to get into a book basically at all, I now get the bus home which means almost an hour of reading per day. Could I get home quicker on the train? Sure, but if I'm 'stuck' on a bus I have to read, whereas at home I'd probably just dick around on the internet or whatever. WINNING AT LIFE, is what I say.

But what have I read in the past month, I hear you cry! Well, here goes:

A Clash of Kings by George R R Martin 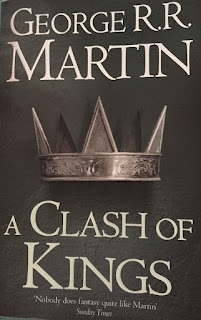 I honestly finished this so near the beginning of the month that I had forgotten I even read it last month. I didn't enjoy A Clash of Kings as much as A Game of Thrones, but there are already some deviations from the TV series (ok, I know the TV series is the deviation but shhh) that are intriguing and oooh. I'm not sure when I'll get round to the third one because I'm pretty much just reading stuff I can easily carry to work at the moment, but I definitely know that I still want to.

V for Vendetta by Alan Moore and David Lloyd 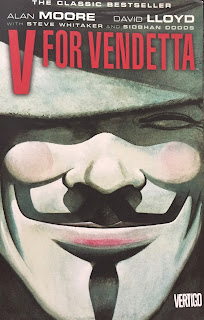 V for Vendetta is kind of a masterpiece. It really deserves a full review because it's probably the most resonant thing I read last month, but I think we all know that's not going to happen. So here's the short of it- I personally think that V for Vendetta starts out really strongly and then peters out a bit towards the end, storywise, but at the same time it still packs a hell of a punch. It's the kind of art that could only have been made in the 80s (imagining society after a nuclear disaster) but in spite of that it brings up issues that are still relevant today, like what terrorism really means, and who are the 'good guys' and the 'bad guys' anyway.

V for Vendetta manages to straddle being great art and being genuinely interesting to consider and I pretty much love things that can do that, so I was always going to love it. It's also important to me because, much as I think of the 80s as a cultural wasteland and a political mess, that kind of environment is always going to make for great art from the counterculture (and believe me, in the 80s I would have been queen of the counterculture). Anyway, this comic book is important, you should definitely read it, and I should definitely see the film.

The Elephant Vanishes by Haruki Murakami 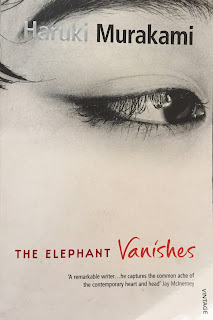 I think we all know I love me some Murakami. But what about Murakami short stories?! Of course, I love them too. I definitely read this too long ago to remember any specific stories from it, or indeed to even pick out a favourite, but I can definitely remember some details including a factory that manufactures elephants (I know) and also quite a lot of casual sex, cats, and descriptions of ears because Murakami. Some of the stories have the fantastical mixed with the mundane as is his general style, but some of the stories are also a lot more straightforward, which almost comes as a surprise, and almost makes them more interesting. Definitely worth a read, and it's possibly even a good starting point if you're new to Murakami's style, to gently ease yourself in.

The Lost Continent by Bill Bryson 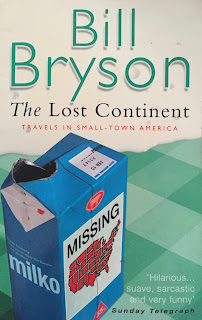 I've been resting this book on top of my laptop for a couple of weeks now, with the foolish notion that that will actually make me review it. The odds of it happening are still ok, but it's getting less and less likely by the day. What I will say is that this is Bryson's first book, and although sometimes that shows, it's mostly a really good precursor to everything that comes next. You'd think that at his youngest in his whole book writing career he'd be less of a grumpy old guy than he becomes, but actually the opposite seems to be true as he drives around America hating everyone and it. Is. Awesome. Bill forevs, please. 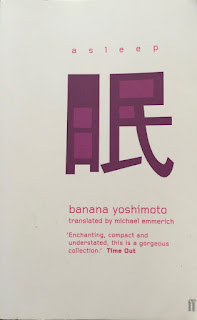 I made the fatal error of reading Asleep in the same month as The Elephant Vanishes without taking notes on which one is which. This is not to say that all Japanese writers are the same because come on, what am I, crazy? but Murakami and Yoshimoto do have the uncanny ability to mix the every day with the, well, uncanny, and its unsettling and subtle and brilliant and it's why I love them both. Asleep is made up of three novellas (or, fairly long short stories) and I know I enjoyed each and every one of them, I just can't exactly remember which were hers, and which were his. Either way, I'm pretty happy with my reading choices with them both, even if it makes for very poor blog fodder. 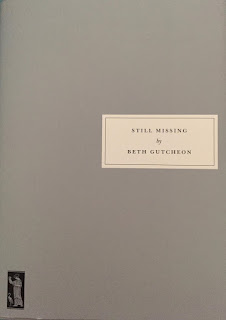 Still Missing was my very first Persephone and it is SO GOOD. Following the anguish of a mother whose son has gone missing, it follows every step of the investigative process and delivers a story that is interesting and feels very very honest. Every part of it rings true, which means you can palpably FEEL what all the characters are going through, and it's honestly just such a good read. I started it when I had nothing to read (a ringing endorsement, I know) and then put it down for ages because it was too big to carry anywhere, and THEN read all of the rest of it in an afternoon. Compelling stuff, and very very good.

And that was my August! I'm really enjoying how I'm using my non-working time at the moment, and *looks sternly at self* long may it continue. What have you read this month?