It's 2012! Oh joy and happy times and stuff (frankly, it can't really get much worse than 2011 was for me, so I'm approaching the new year with cautious optimism...) Anyway, I came not to talk about it being all new year-ish and stuff, but to show off books to you! The books I'm referring to are the ones I got for Christmas, obviously, and, well, let's just dive right in: 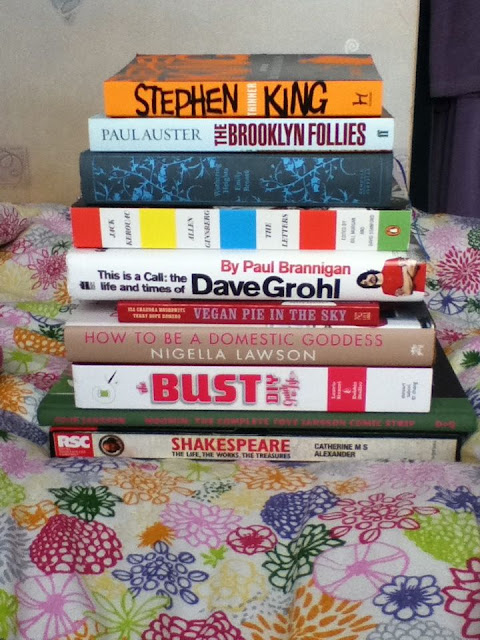 Look, a big ole stack of books! I do so love piling up books and taking pictures of them, possibly because I'm the epitome of cool. I'm not sure. But that must be it. Anyway, so, from the top to the bottom, I got:
Shakespeare: The Life, The Works, The Treasures by Catherine Alexander- this was a present from my sister, and I've flicked through it and it looks kind of awesome- there are all kinds of copies of official documents like the birth and death records that have Shakespeare on them, programmes from various productions of his plays, and loads more stuff. This is especially useful since I'm taking part in Shakespeare Reading Month this month (more about that later), so hopefully I'll be able to gain some knowledge to dazzle everyone with!

Moomin Volume 2 by Tove Jansson- Everyone's (my) favourite comic strip, in the form of 4 stories featuring Moomintroll and the whole gang. I got Volume one for my birthday, so at this rate I'll have all five volumes by April 2013!

The BUST DIY Guide to Life by Laurie Henzel and Debbie Stoller- This is literally the most exciting book ever- BUST is my favourite magazine and I've wanted this book for the longest time! It's already convinced me that I should travel alone, and that I am physically able to take up running (not that I'm going to, obviously...) so god knows what else I might discover from it! I forsee it being taken down from the shelf practically daily though. Also, look how pretty! 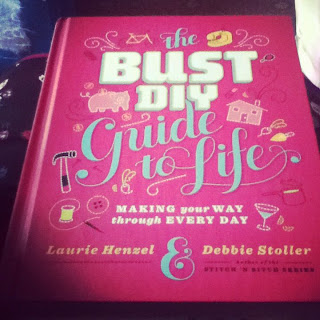 How To Be A Domestic Goddess by Nigella Lawson- I like Nigella. I have none of her recipe books. This looked like a good one. And that's pretty much the whole story behind this book folks!

Vegan Pie In The Sky by Isa Chandra Moskowitz and Terry Hope Romero- I'm not a vegan and I don't even like pie that much, so this book shows what two really well written recipe books (Vegan Cupcakes Take Over The World and Vegan Cookies Invade Your Cookie Jar) and one film (Waitress) can do to my brain! It is fully awesome though.

This is a Call: The Life and Times of Dave Grohl by Paul Brannigan- The best sign that this is actually going to be a good biography is that there is a picture of the author actually with Dave on the inside cover. That means they've met, at least, which is more than can probably be said for the other Grohl biographies I've read (well. They weren't that bad. But they weren't exactly revelatory.) So yeah, exciting stuff!

Jack Kerouac and Allen Ginsberg: The Letters- Books of letters are the only acceptable invasion of privacy into the lives of dead people, or at least the only ones I will read. Also, they're almost always utterly interesting, and since I'm already fascinated with the Beat poets, this should be a good'un.

Wuthering Heights by Emily Bronte- My very first Penguin Clothbound! It's too exciting. Plus, this was the classic I already had that most needed replacing, so that's definitely a positive too. And look how pretty! 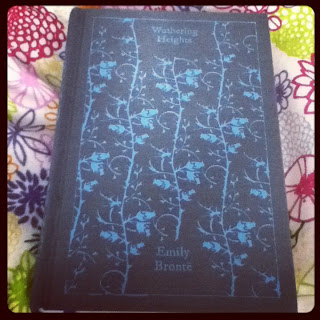 The Brooklyn Follies by Paul Auster- I haven't read the Paul Auster book I got for my birthday, but never mind that! Here's a new one! Yay!

Thinner by Stephen King (as Richard Bachman)- The next Stephen King book that I have to read. So, you know, glad I've got that one sorted. Phew!

Twas a Christmas of books, and that's the truth. It was pretty fab.

And anyway, now for the 'stuff'. As I've already mentioned, January is Shakespeare Reading Month (hosted by Allie at A Literary Odyssey, but I've decided that it should be a worldwide thing so I'm using that title slightly more universally...) and I'm so excited about it that I might [insert weird thing here]. I don't really have a massive plan for it, but I definitely want to read Othello because I think it's a big gap in my Shakespeare reading, and I also kind of want to read The Taming of The Shrew, just because of Ten Things I Hate About You. But, clearly more importantly, I'm going to watch Ten Things I Hate About You (and clearly then gush about it), The Lion King (which is based on Macbeth  HAMLET [I knew that!], I'm reliably informed) AND Romeo+Juliet, because who can get enough of young Leo? Plus, you know, it's really sort of great. And that's pretty much how that's going to go down!

The only other thing coming up this month (I'm nearly done, I swear!) is my one year blogoversary! (I really hate that word, can we change it?) I literally have no idea what I'm going to do for it, but I might possibly be persuaded to give a book away (Little Women, anyone?) and it's wholly probable that I'll bake a cake, even though I won't be able to share it with the people who make me love blogging so much. But oh well, there'll still be cake for me!

Oh, AND (I was lying before about being nearly done) Alice at Reading Rambo is hosting a readalong of Norwegian Wood this month, so you'd best go over to her blog and sign up so you can be part of all the hilarity that a Reading Rambo readalong involves (it's possible that applies only when you're reading The Help. But we shall see!) And now I'm really done! Have fabulous 2012s everyone!

P.S. A very late edition to the mailbox- I got the Penguin Clothbound edition of Little Women in the post the other day (this isn't at all a late edition, but I wrote this on like Wednesday, so this is later... and now I'm wishing I hadn't added this at all!) with some Christmas money, so that's a very, VERY exciting addition to my life too!
Posted by Laura at 11:32