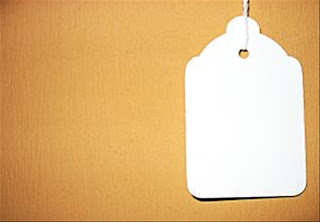 Yeah, that's right. Tag.
So, I was just going about my usual Saturday life (laying around, watching The Lion King, fucking around on the internet) when, LO! A new post from Alley at What Red Read appeared across the internet kingdom. So she's been playing blog tag, and tagged me, presumably because I couldn't run away fast enough because that's what happens to me in real life when I play tag (which is never). Anyway, I don't mind because YAY this sounds fun, and it gives me an excuse to blog post on a Sunday which like never happens!

So, the deal is:
1. Post the rules (oh hey, lookit what I'm doing!)
2. Post 11 fun facts about yourself
3. Answer questions from the person who tagged you
4. Make up 11 questions for the people you tag
5. Tag 11 people (I'm clearly not going to tag 11, especially since Red has already tagged about 5 of the people [that includes herself, actually] I would have tagged. But I'll tag a few, and anyone who doesn't want to play, that's cool, I'll just assume you got away from me because that's genuinely what would happen IRL)
6. Let them know they've been tagged

11 Fun Facts about me

2. On Thursday and Friday I managed to spill 3 glasses of water, one of which was full and went all over my bed, and meant I had to sleep on the sofa. That's just not normal!

3. I severely want to live anywhere apart from where I do. Right now my number one candidate is Paris (I just watched Amelie) but mostly it's just New York City. Like, you know, all the people who've ever lived in the world. Yeah.

4. I'm obsessed with literary tattoos and I really really really want to get many, although I don't have any tattoos yet. I'm thinking that once I'm done with my whole Stephen King thing, I'll get one of his quotes tattooed on me someplace (I actually found a really really good one yesterday!)

5. I am addicted to Lush products. When I was a student, the majority of my student loan probably went in to Lush stores, and, to be honest, most of my money still does. And about that, I say, Je ne regrette rien! (Seriously, it smells so so so so good!)

6. I regularly daydream about the things I would do to my bedroom if my sister moved out (at the moment, it's turning her bed into a kind of chaise longue and generally having much more space for books). Since she 'doesn't agree' with renting, I'm probably more likely to move out than she is, even though I don't have a job right now. And yet I still dream the good dream!

7. I can only really get fully attached to TV programmes once they've ended forever, which is massively not a good thing because it means there are NO MORE EVER, which is really sad. So far, this has happened with The West Wing, Buffy, Sex and the City... It's really not a healthy thing to do.

8. I am dying to see Damien Rice live! I'm fairly sure the last time he toured was in 2007, only I didn't go because he was playing London on my second weekend at University, which I felt certain I would need to have for 'bonding time'. Since I pretty much hate everyone I lived with that year, I'm so unbelievably pissed off that I didn't go.

9. I have a pretty sizable collection of Converses, which basically began to accumulate after I saw Dave Grohl wearing some on the cover of a magazine. I think I have about 14 pairs, and I'm on my second pair of pink ones and I should be on my third pair of black ones. I also haven't had a new pair for a really long time, so I should really get on that.

10. My favourite story about myself-when-I-was-younger is the time that I sneaked me and my cousin out of nursery when I was about 3/4 because I knew my mum and auntie were in the school hall watching my sister's assembly and I apparently wanted to see them. This makes me think that I was kind of a badass kid, and, you know what, sometimes I miss her! My least favourite part of this story is the bit where nobody shouted at the nursery teacher lady for not keeping a closer eye on us, because, hello, 3/4 years old!


11. When I'm really tired, I talk SO much because I'm physically unable to monitor my own speaking. It's, I'm sure, really annoying to everyone else, but I find it funny because, hey! I'm tired, so everything's funny. This is also the complete opposite to how much I talk when I'm not tired, which is hardly at all.


And now, Alley's Questions (which will be much easier than just randomly talking about myself, I hope!)


1. What's your favourite bookish movie? (movie based on a book, movie with literary tendencies etc)
Right now, I'm thinking 10 Things I Hate about you, just because it's so funny and great and, for once, an improvement on the book! But movies I love that I think have literary tendencies include American Beauty and Rachel Getting Married. OH, and I also think Brokeback Mountain is amazing. So basically I have many favourites!

2. How often do you re-read books?
Now, hardly ever, but it seems like there was a time when I pretty much just used to rotate The Hours-To Kill A Mockingbird-The Grapes of Wrath and a few others, which explains why I have so many unread books. I'm much better now because hey, I have to try and come up with blog content, you know?

4. Which season is your favourite?
I'm going to say- a really warm spring. So, warm enough that you think it's almost summer, but also with all the beautiful blossoming and baby animals and things. Also my birthday's in April, which doesn't hurt with the spring loving!

5. What's your profile picture?
It's a picture of me! Mwahahaha. But actually, it's a picture of me with a cake made for me by my lovely friend Frances, on my sort of 21st birthday (like, the third part of it). I've actually just realised that picture isn't even on my page though, and the picture in my 'About me' section, is me, in a diner in New York City, with a burger, aka I'm in heaven!

6. What's your ideal meal?
I dislike so many foods, but I also love so many foods- there's kind of no inbetween with me. So, I'd say, some kind of duck pancake starter, followed by an amazing burger and like an oreo milkshake, followed by probably some cheesecake, or maybe just a cupcake. Or, failing that, a really yummy savoury crepe.

7. What's your guilty pleasure TV show, movie, book?
I refuse to accept 'guilty pleasure' as a thing- pleasure is always good! But if you insist- Teen Mom/The Hills, The Lindsay Lohan Freaky Friday, and the Shopaholic series/Sookie Stackhouse books. But I still don't feel guilty!

8. How do you like to spend a rainy day?
I know reading is the obvious answer here, and I definitely do that when it's raining and like it, but before I settle down to that, I usually look mournfully out of the window for a bit and wish that I could do something else, even though I wouldn't care about doing that thing on a non-raining day. Just call me Mary (... quite contrary...)

10. If you like to cook (or bake) what is your favourite thing to make?
I like to bake anything and everything! I'm rather enamoured by caramel at the moment, because I made it for the first time a few weeks ago, but I generally love making cupcakes, and my favourite thing I've ever made is this rainbow cake.

11. Do you have a big TBR list? Or do you wait until you're done with your current book to buy (or borrow from the library) your next reads?
Oh man... I'm such a book hoarder that it's disgusting, and I have, I think, just under 300 books that I still need to read. Not that this stops me buying more, or going to the library and getting some out. It's a serious problem, and the reason why I'm doing 2 challenges this year that involve reading the books I've already got, dammit! So far this year, I've read zero. Damn.

Now my questions... I have no idea what to ask, so these may be really really boring...


1. If money was no object, where would you most like to live in the world?
2. What books are on your nightstand/wherever you keep the books you're going to read next right now?
3. Do you have any hobbies apart from reading that are really exciting?
4. What is your favourite cartoon?
5. Who is your favourite celebrity crush, if you had to pick just one?
6. What kind of music is your favourite, and which artist would you most recommend to me/anyone?
7. Are you a simple girl or a Katie girl? (For help with this question, see this video)
8. Readalongs: Scourge of the devil, or really really really fun?
9. Cupcakes: anti-feminism, or just tasty little cakes?
10. You're given a ticket for a round the world trip- who do you take with you, and where are you going first?
11. What is your desert island book?

And, now, for the lucky tagees:

No pressure guys, I'll just cry myself to sleep until you all respond (not really. Just, you know, if you're bored, have a little procrastinatory fun!).
Posted by Laura at 18:20