Sunday Sundries: It's the most wonderful time of the yearrrrrrrr...

I could write about my week right now (it's been lacklustre at best and I've got a cough/bit of a cold that's bad enough to be annoying but not bad enough for me to, say, not go to work, so booo) and I could tell you what I'm going to do this week coming (um... I'm getting my hair cut and I have to make a cake?) but instead, we're going to talk about the most important time in the blogging year.

That's right, it's time for mothereffing RIP. (RIP IX, that is). 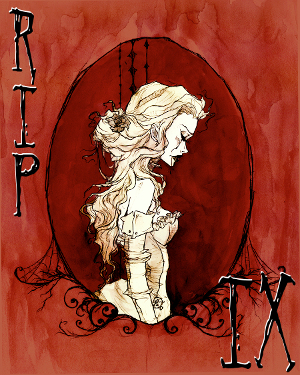 Hosted by Carl at Stainless Steel Droppings, this is, I think, the one blogging event that I've taken part in every year since I started blogging, mainly because I ALWAYS have freaky books laying around unread, but also because if there's a better time than autumn to read scary shit, then I have not met that time of year. I'm hyper aware that in October I'm going to be starting that Masters that I keep mentioning but which is still light years away* so I'm probably not going to be reading anything except Shakespeare and articles about the same, BUT I can still have some fun in September, right? Right.

HERE IS MY PILE: *Mutters something about nights drawing in and damn grainy photos* ANYWAY! Let's talk about the books because I've got some time before Orphan Black loads and, you know, I like to talk about books.


I said I was going to read so many of these books last year (I lied). This pile is way smaller than the one from two years ago (see what I'm doing here... Memory lane!) and yet I have so much less time now than I had then, so... how many of these books will I realistically read? Maybe... 4. Ridiculously, I haven't felt that much like reading recently**, which means that I probably won't be that into it in September and then AS SOON as I have to start reading Shakespeare all the time, I will only want to read creepy genre fiction. Of course.

Some other quick things: There's no Stephen King on this pile. I know. The thing is, I'm reading the last Dark Tower books at the moment, and they're way more fantasy than horror and I don't count that as being part of this. I will probably still be reading them, but they won't be part of RIP. As well as reading, I'm planning on doing some RIP TV (my own thing I just made up)- that is to say, I've just finished re-watching Breaking Bad, and I'm finishing Orphan Black, so I think my next big TV project is going to be Six Feet Under. Comforting? I doubt it, but dark? Totally.

So that's what I'll be reading for the next month or so, as long as my reading mojo comes back (come baaaack, mojo!) and if not then I guess I'll finish watching Six Feet Under waaaaay earlier than anticipated. Because, let's face it, I never get tired of TV. Never.


*Or, like, 4 weeks. But it's still taking so LONG to start. I know, I should appreciate not having to do anything right now, but I'm really just like 'I'm ready to start nowwwww'.
**Although I did read The Silkworm in like 3 days, but that was only because it had to go back to the library. To be fair, I'm totally counting it as my first RIP read though.
Posted by Laura at 20:33