Sunday Sundries: Not Much To Report... 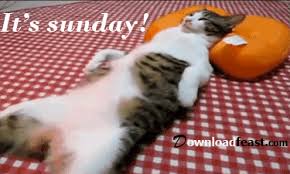 As the title definitely suggests, I don't really have much to report from this week. I'm still finding my feet at work and generally trying to work out what I should be doing at any given time (and I'm definitely getting the hang of things, which is good, but I HATE BEING NEW SO MUCH) and after work I mainly took advantage of my boyfriend working earlies and actually being home in the evenings (huzzah!) What this mainly meant was a lot of eating and tiredly talking to each other, and whilst that is great, it does not make for an excellent blog post. Domesticity is excellent, it's just not very interesting.

Food though. This past week, as I'm sure you know, had the consecutive excellence of Pancake Day and Valentines Day, which meant that on Tuesday I literally made all the pancakes (like, 10?) and on Wednesday I had a lovely Chinese at my most favourite place that is now literally about 5 minutes from my flat, and which I had never taken my boyfriend to before. I also (now that I think of it!) went out for drinks after work with a couple of girls I used to work with which turned into basically a 5 hour chat which are the bessssst nights.

Ok, so this week hasn't been so dull after all. Ignore me.

This weekend, I have meant to do so much more than I have, and please bear in mind that I'm writing this in my dressing gown at almost 4pm, having played about a million games on my iPad... I have at least showered and made more pancakes today, it's all fine! I meant to clean and stuff but ehhh, that'll still be there tomorrow and I only get two days a week to do nothing, let's face it. Having been on the London Bookshop Crawl last weekend, I definitely felt as though I needed a relaxing one this weekend, but I didn't mean for it to be quite so... lazy. I'm going to try and find a compromise between everything and nothing less weekend, wish me luck!

So yeah, genuinely, that's kind of all I have to say?! I haven't even read much this week and I don't even know where it's gone to be fair, and now the weekend is basically over and aghhh I'm going to be 30 so soon (year and a bit) what is even happeninggggg?! 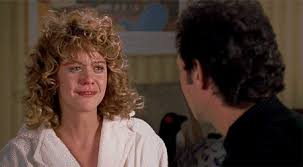 (I tried to find a GIF of Sally saying 'I'M GOING TO BE 40!' but google was unhelpful. This is the closest I could get and shame on you if you haven't seen When Harry Met Sally and don't know what I'm talking about)

Anyway... That was this week. I'll maybe have more of interest to say next week, but let's face it, it's me so probably not. Please tell me something interesting that happened to you this week, you'll put me to shame, I'm sure!
Posted by Laura at 16:04