Sunday Sundries: Girls and Boys and Whatnot

Look at this guys! Another post that isn't reaaaally about books, but is still totally a life update that proves I haven't died! Winning..?

Either way, here are some sentences about my life. Last Sunday I was sick for no apparent reason, and having not eaten all day I thought it prudent to have a day off work on Monday which was both restful AND stressful because I totally don't get paid for sick days which is not at all cool. The rest of the week continued as normal, except it was also reading week which meant no seminars to go to at Uni. This was great on Wednesday, when I went shopping with a friend from work, and then had dinner with my sister at my house, for literally the first time ever; but less great on Thursday when I had to be at uni for 10am to sit and be told how to do a bibliography and shit like that. I KNOW HOW TO DO A FUCKING BIBLIOGRAPHY, OK?!

Sorry. That wasn't for you. That's just me.

So that was my week. It was ok, some parts were great, I just could have done without the illness at the start of it that felt like it lingered for the rest of it, maybe because I'm kiiiiind of rundown from working and learning and working and learning and not doing much else for, well, all of October. I was going to say I was burnt out, but I think that burnout is a long way away- or I hope so, at least! 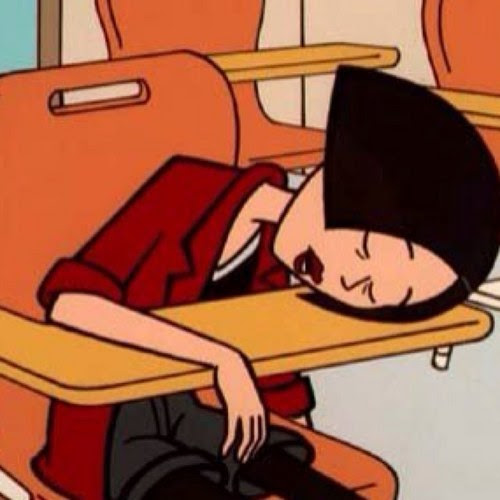 But now for the matter at hand- boys and girls and whatnot. I've been living only with boys since August now, and I've been thinking about how much I really don't even think about it. This surprises me because, for essentially all my life, I've only been around girls. Obviously boys are basically unavoidable, but consider this: My childhood was spent with my sister, my two girl cousins, my mum, my auntie, my nan. All my best friends ever have been girls, basically all my friends have been girls, I've only ever lived with girls before, except for the first year of uni when there were 5 girls and 3 boys BUT we never saw the boys. All in all, it's been a pretty female-centric life.

Even now, if I'm being honest, I still see girls a lot more than I see boys. I work in an office that is majority female (there are literally two dudes we ever see), and, doing a Masters in English means that there are not a lot of penises in the room (three, out of about 16 people). My family is still majority women, and yet. The babies are boys. The people I see daily are boys. The person at work who gives me a lift to the station is a boy. I've probably had more conversations with boys this last year than I have in my life, and you know what? They're pretty ok!

That's right, apparently the conclusion I have for this post is that boys are ok. GROUNDBREAKING, I know. I think really what I'm trying to say is this: Boys are a lot easier to deal with than girls. Boys, or at least the boys I know, carry around a lot less drama and bitchiness and unsaid frustration than girls, and this is honestly the most relaxing thing in the world. I noticed this when I was hanging out with some girls from work outside of work, and was just kind of like... There isn't really anything for me here. Why don't I know how to talk to these people? What's going on here?

This isn't really to do with boys, of course, but to do with the kind of girls I was hanging out with. I had this major revelation earlier this year, when my housemate at the time and still my very excellent friend Becci said that there were two kinds of girl*. There's the kind of girl who does thrive on drama, who doesn't have that much to talk about apart from how they look and who they hate and all that kind of awful stuff, and then there's the kind of girl who's more like a fully rounded person, who has interests and ideas and doesn't really thrive on drama because she's too busy being awesome. And I just... That was IT! That was why I have a lot of trouble getting on with certain kinds of girls, or finding anything to say to them that they're likely to give a shit about. We're just basically different species.

So, I think this is why I can talk easier to boys than I can to certain kinds of girls. We meet on a different kind of footing, and we don't have to bitch about people we both know just to make conversation. I also think, though, that I'm really lucky to have found girls who are on my wavelength- we understand each other and can relate to each other completely because, you know, we're that awesome kind of girl previously discussed. And, of course, even though I was trying to talk about boys, I ended up talking about girls anyway. Eh, we're pretty great.

I don't know if any of that was at all interesting, or if it was just something I should have written in my diary and then shut up about. Either way, you've read it now. So TELL ME: Boys and girls. Who do you get on with better? You've probably all got brothers so maybe this is a non-issue and you've already known this shit. TELL ME THINGS.


*I know, this is totally simplistic, and there are as many 'kinds' of girl as there are girls. Grouping people into categories like this reallllly isn't helpful, but I'm going to do it anyway.
Posted by Laura at 08:00