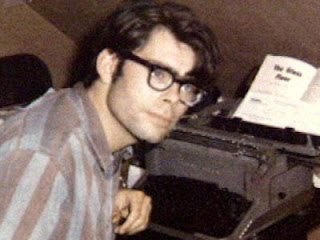 I'm reading all of Stephen King's books. From the beginning. Every last one of them. Go me! I'll list them all here, and then add the links to them once I've read them. Make sense? Good :)

I've left out audiobooks, graphic novels, and this one book about baseball because I'm pretty sure I wouldn't have a clue what he was talking about! Also, if you can think of any I've left out, please let me know, since I pilfered this list off of Wikipedia, so it's possibly not all that conclusive!

1900s (26)
The Plumed Serpent by D H Lawrence
The Age of Innocence by Edith Wharton
Long Walk to Freedom by Nelson Mandela
Things Fall Apart by Chinua Achebe
100 Years of Solitude by Gabriel Garcia Marquez
Alias Grace by Margaret Atwood
Watership Down by Richard Adams
Who's Afraid of Virginia Woolf by Edward Albee
Beloved by Toni Morrison
The Second Sex by Simone De Beauvoir
Birdsong by Sebastian Faulks
The Haunting of Hill House by Shirley Jackson
The Good Soldier by Ford Madox Ford
A Passage to India by E M Forster
Infinite Jest by David Foster Wallace
Once There Was A War by John Steinbeck
Sophie's Choice by William Styron
Rabbit, Run by John Updike
In Love and Trouble by Alice Walker
Brideshead Revisited by Evelyn Waugh
To The Lighthouse by Virginia Woolf
Sons and Lovers by D H Lawrence
The Reader by Bernard Schlink
Cold Comfort Farm by Stella Gibbons
Franny and Zooey by JD Salinger
Tender is the Night by F Scott Fitzgerald

Extras (i.e. Purchased after the list was made)
What Maisie Knew by Henry James (1800s)
Bleak House by Charles Dickens (1800s)