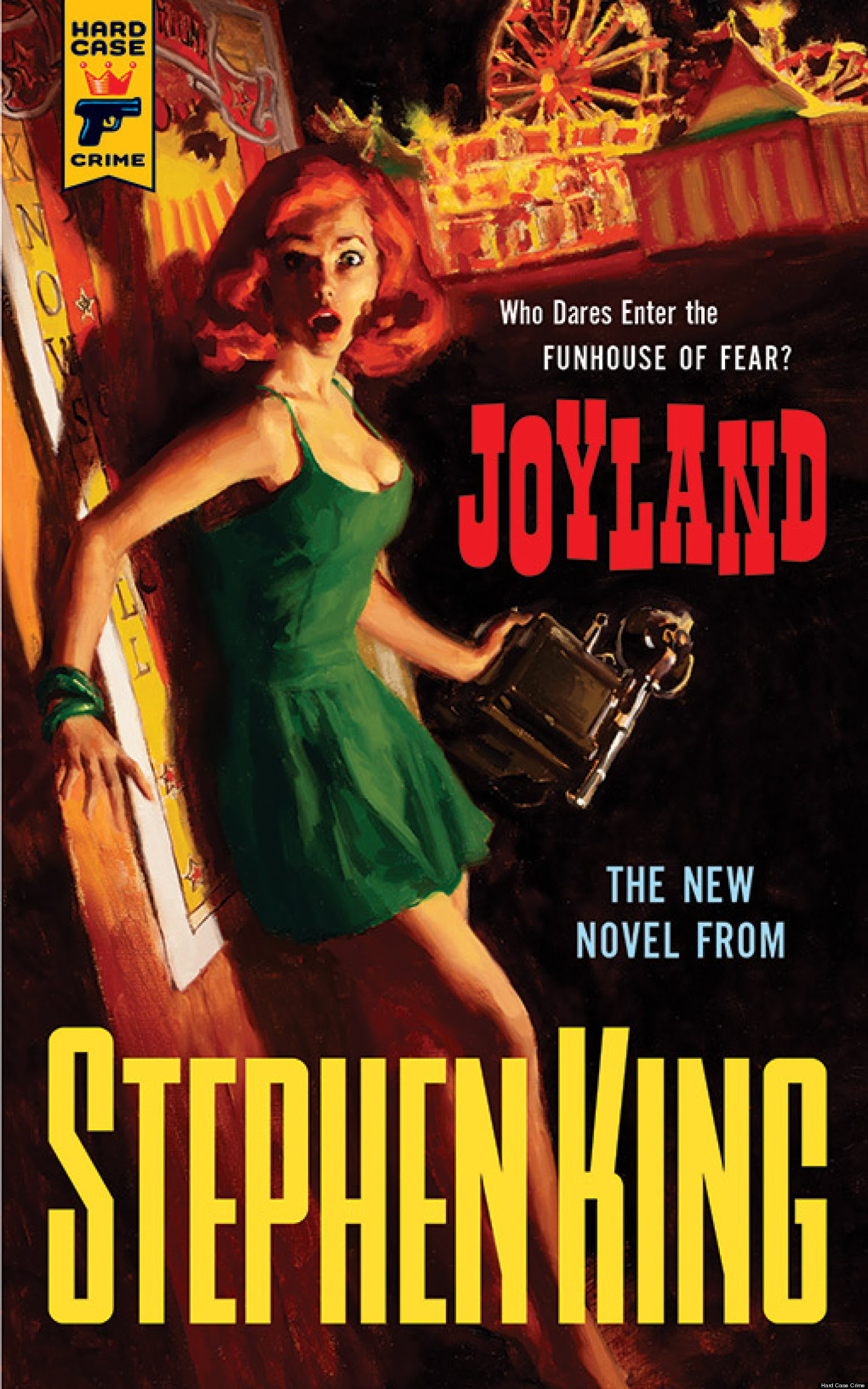 Joyland was, quite genuinely, a joy to read (groaaaaaan). It's another one of King's Hard Case Crime books (the last being The Colorado Kid) and it's just so great. Although, because it's King, there are a couple of supernatural elements to proceedings (a fortune teller! A psychic child! A ghost!) at it's core this is really just a good old fashioned whodunnit and, well, I can hardly resist one of those.

I'm finding it hard to think coherently about Joyland, because my brain just keeps going 'God, that book was GREAT!' and that's about all I can handle. So let's try and do some plot. Devin is a college student who has just been dumped by his girlfriend and has found a summer job at a carnival. Firstly, the carnival seems like an awesome place to work, and don't think for one second that I didn't want to run off and be a carny for most of this book because shit, those parts seemed like so much fun. This particular theme park, however, has a grisly past as a woman was murdered in (of course) the haunted house a number of years before, and it is solving this crime that is the basis of the book.

Except that, it also kind of isn't. I know I said this is a good old fashioned whodunnit, and certainly I got that rush of satisfaction when I found out who the killer was because, you know, it's very pleasing to have solved the mystery.* In many ways though, the mystery, just like the supernatural elements, are secondary to the main story, which is basically just the story of Devin himself. That's right, King has done it again, and made you believe you're reading a scary book, when actually you're really just reading a character piece. This book is all about getting over heartbreak, making grown up choices, and finding out who you are and who you want to be in life. All of these things are things I can get behind, and shit, I really loved this book.

Don't get me wrong though, it is still pretty scary. There were definite moments of peril where I couldn't quite breathe right, and I was also so engrossed by it that I made my boyfriend and I miss a train because shit, I just wanted to finish it, ok?! I gulped this book down in a couple of days, not only because it's short and I had some travelling time to read (both true) but also because, fuck, I really did  not want to put it down (see above re: missing train).

So to conclude. This book was aces and frankly I could read it again right now without any complaints. I don't even just recommend this book to you, I URGE you to read it, especially if you like crime fiction in any sense. I don't know what it is about these later King books, but to me it seems like he's gotten really really good over the last few I've read. All killer, no filler, all that kind of stuff. This makes me really excited for whatever comes next, and also slightly mournful that in just a few books, I'll have to wait for the next King book to be published like a total sucker. Alas, alas, woe is me etc. But also, not really cause I get to read more Stephen King!

*For the record, I did not solve the mystery, and definitely allowed myself to be led down the wrong path just as King intended. I like detective/crime stories, I would just be really bad if I lived in one.
Posted by Laura at 08:21