"Humans can be fairly ridiculous animals."

Animal, Vegetable, Miracle is just the latest in the long line of 'this is how we should be eating' books that for various reasons I choose to read, a lot (See also: Skinny Bitch, Eating Animals) and it covers food issues I hadn't even thought about before (mainly because we're not really trained to think about them anymore) namely, seasonal eating. Considering how into food issues and things I am, I feel like I should have been IN LOVE with this book, but... Things didn't really turn out that way. You'll see.

So. Animal, Vegetable, Miracle ostensibly follows Barbara Kingsolver and her family as they go through one year of eating only things that are in season and locally grown. Helping with this is the farm they own, on which they grow their own produce, and the fact that the book begins with their move from Arizona (where, I very reasonably assume, nothing grows) to... I want to say Virginia, but I can't remember exactly where and I can't be bothered to find the book to tell you. But somewhere greener, anyway. And the book is basically their trials and errors and what they ate and how good it felt and la la la la etc. All that was fine. 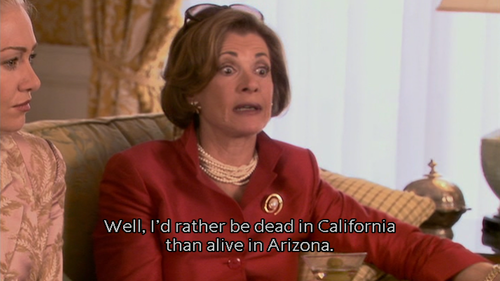 I so so completely agree with so much that's in this book, I'm pretty sure we should be eating seasonally for the sake of our palates and um, THE WORLD. Like, last night I had pasta and vegetables for dinner, and the vegetables were tenderstem broccoli and asparagus and they came in a joint pack thing, and on the packet it said Peru/Kenya. Peru. And Kenya. I did some research (Google) last night and Kenya is 6,600 miles away and Peru is 6,160 miles away IN THE OTHER DIRECTION.

And clearly this is ridiculous and I shouldn't be allowed to eat like that, and it shouldn't really even be a thing that's allowed, but it is and I can't stop it, but I can make choices that means I'm not involved in a system where my food has been flown nearly 13,000 miles to get to my plate.

So clearly I applaud Kingsolver's whole mission and her ideals and yeah, seasonal food tastes better and so on (although I haven't ever had a bad piece of asparagus, and I'm not sure I've even eaten it in season but this is SO NOT THE POINT). But ugh, dude, Barbara Kingsolver and her ideals. (I KNOW. I KNOW.) I mean, I have some issues and they're mainly hypocrisy issues, and I might just be being a weenie about them, but I really feel like I have some points here. So just listen up.

FIRSTLY- the entire book is based on the idea that,  essentially, if you can't get it from within 100 miles of where you are, you shouldn't be having it. You'd think there'd be no exceptions to this, which is weird because I vividly remember a section of this book where Kingsolver's husband says 'for things like tea and coffee and spices that don't grow locally/in the US, you should totally buy fairtrade versions of them'* And you know what? No. Either EVERYTHING that's flown in from abroad is bad, or nothing is. You can't just pick and choose what you'll accept being ferried across the world because, I don't know, you really really like coffee. That's just STUPID.

SECONDLY- part of the objection to non-locally grown produce presented in the book are the amounts of petrol burnt to get it to our plates, which, you know, I have no objections with. But over the course of the book, the Kingsolvers take both a road trip and a flight to Italy, without once mentioning the amount of pollution caused by human travel. Don't get me wrong, I'm not saying that they shouldn't ever have holidays or things like that, but if EVERYONE did that? It wouldn't be good, and it wouldn't have been non-fitting for them to somehow justify their travel, like by planting 100 trees after it or something.

THIRDLY- Kingsolver tries to argue that Farmer's Markets are cheap. Farmer's Markets (at least in the UK) are not cheap. And I'm not even saying that's a good enough reason not to buy stuff from them (although for a lot of people it's the reason why they CAN'T) but saying that the things they sell are cheaper than you would get them in the supermarket is just not true.

FINALLY- (and it very nearly was finally- I almost threw the book down in disgust after this) the meat thing comes up. OBVIOUSLY I have feels about eating meat, and Kingsolver does too- She stopped eating CAFO animals (basically, factory farmed ones) many years ago, which essentially meant not eating meat, at the time. So I was like 'YEAH!' But then, Kingsolver kind of undermines this (seemingly to make herself feel better about eating meat again, which she does) by ridiculing the entire idea of vegetarian and veganism. And I was kind of shocked, actually, because up until that point I was like 'yep, evil food industry' and 'yep, baaaad pollution' and then she starts spouting shit like:

"To envision a vegan version of civilisation, start by erasing for all time the Three Little Pigs, the boy who cried wolf, Charlotte's Web, The golden calf, Tess of the D'Urbervilles. Next, erase civilisation, brought to you by the people who learned to domesticate animals. Finally, rewrite our evolutionary history, since Homo Sapiens became the species we are by regular binges of carnivory."

And I just honestly and truly fail to see how this is at all relevant! It's not that vegans try to rewrite history (and, GOD FORBID we lose the Three Little Pigs because that's a thing that would happen and makes complete sense...) AT ALL, but that they CHOOSE to eat in a certain way that seems less harmful to the planet than just eating whatever the fuck you want and why does that sound familiar... OH YEAH, IT'S WHAT YOUR ENTIRE FUCKING BOOK IS ABOUT?! I mean, really. So annoying.

But apart from making me want to stab her in the face? I don't know. I feel like I want to recommend this purely because there's quite a lot of information in it about the EVIL that is the food industry (in the US, but you KNOW it's happening everywhere) that I may have already known about because I know too much, but you might not, and also just because I really find myself agreeing more and more with this whole eating seasonally thing, and WOAH why don't we do that anymore, it makes no sense. But all those other things really did piss me off...

Ok, I've got it. This book is good as an introduction to how we should probably be eating, but if you're already kind of well informed and/or a non-meat eater who threatens the existence of Charlotte's Web (seriously?) I'd probably give it a miss. As it is, I'm not sure I'll ever forgive Barbara...