Update: This giveaway has now been closed, winners selected and will be announced as soon as they email me back. Thanks to everyone who entered, and I hope to do another one of these soon because they're super fun!

Well, hello hello hello! Welcome to my very first giveaway, about which I am extremely excited and also, fortunately for you, very generous feeling! Entries are until 12pm GMT on Wednesday 19th October, and I'll announce the winners right here on Thursday 20th. Aren't we all just really excited?!

But maybe just save your excitement until you know what I'm giving away! In honour of Orwell October (my own little attempt to read the things that Orwell wrote) I'm giving away a copy of 1984, that has actually been read by me! (You know like how people want Britney Spears's chewed gum? That's the kind of response I'm looking for with this. And also to let you know that it's not a pristine copy. Yeah. Although I haven't chewed it like gum, because that's not the analogy I was going for with this. Also you should probably just ignore me.) 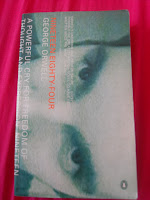 So that's that. And if you don't know what it's all about, then seriously, you need this book.

Also up for grabs is an actual pristine copy of Brideshead Revisited by Evelyn Waugh, which I haven't  read, but I have two copies for no reason known to anyone sensible, so if you want it, you may be able to have it if you ask really nicely... 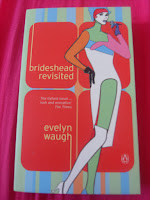 And it's kind of the same story with Crime and Punishment by Fyodor Dostoevsky- I have two copies, one of you lucky people may have one of them (and I'm going to be honest, it's the one I like the look of least... I love you guys, but I love me more...) 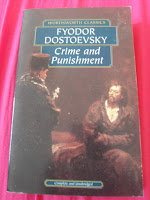 And the superfun bonus prize is Emily Dickinson: Selected Poems which I have to say upfront has some highlighting and really bad notes I've made in it (stuff like 'this is a rhyme' and things because I never know what to say about poetry). So I'm fully aware that it's possible that nobody will want it. Which will make me sad, but I will understand. Sniff. 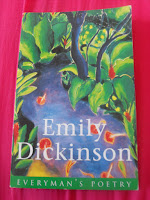 'But Laura!' (I hear you cry) 'How can I get my hands on such amazing books that have been touched by hands such as yours?!' Well, patience my dear ones, I'm about to tell you! So, if you would like one or many of these books then all you have to do is leave me a comment saying which one/s you would like, with an email address at the end that I will be able to contact you on. If you also say something amusing or witty, then I will love you greatly, and I might give you an extra entry or something. Note: You DON'T have to be a follower to enter, but if you want to read someone's gushings on Stephen King and generally want to be amazed into a state of awe and excitement, then why wouldn't you want to follow me?! But, again, you don't have to.

And it's pretty much as simple as that! Again, don't forget to tell me if you want more than one of these books (I won't think you're greedy or anything, don't worry!) and then I'll put your name in the hat for both/three/all four/you get the idea books. This may or may not involve an actual hat, I haven't decided yet (but there probably will be). So yeah, enter, cross your fingers, do whatever lucky things you do, and then move on to all these other lovely blogs to see what goodies you can get from them. Good luck to you all!