This was the week that I: 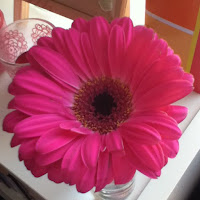 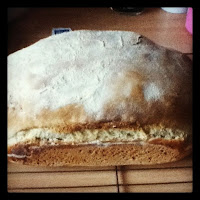 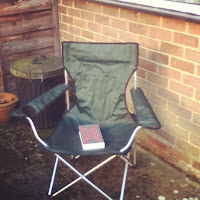 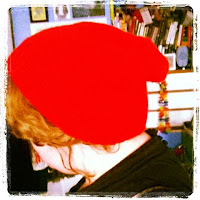 Figured out that Instagram literally can't improve on nature (at least the pretty parts)... Marvelled that it was warm enough to read outside, although admittedly I did have to put on some fingerless gloves in the end... Baked bread for the first time in about 10 years, and thoroughly enjoyed eating it!... Knitted a hat! Which is slightly absurd looking, but also only the second thing I've knitted that wasn't a blanket, and therefore I love it!

Not pictured: lots and lots of cooking and cleaning, and oh sweet lord the washing. I mean, I washed some clothes on Monday, and then I was horrified that by Friday the washing basket was completely full again! I was so not cool with that. I am cool with the cooking though, since as you may have seen on Wednesday, I've given up meat for Lent, which is something that my mum never lets me do properly, in that she goes 'well, there's just this bit of pork mince leftover...' and I feel bad for being an inconvenience to her so just agree to eating the meat, only there's always 'just a bit...' leftover because she KEEPS BUYING MEAT! It's annoying, but anyway, now I'm cooking, I get to make the choices! So, yay! I've got some yummy chinese food planned for tomorrow night, so if that ends up looking pretty, I'll take a picture of it and display its glory here next week!

Only one hospital trip this week (that I went on, anyway) to get my mum's drain taken out and have her dressing changed, which literally took 10 minutes, but she also had a bone scan (apparently a standard thing/next step along the cancer road) on Friday that I decided not to go to and I'm way glad I didn't because she had to wait ages, and then go to another hospital (it's a bit tricky to explain, but there are basically two hospitals linked together almost as one that the staff go between on different days, but they're like 20 minutes away from each other... all very confusing!) because the radiographer thought she had an infection, but she just had fluid on the breast, which is apparently normal, so 1) phew!, and 2) a bit of a palaver of a day, I think! Tomorrow I'm going with her to see the consultant who's going to talk about what the next steps are going to be, which I wasn't too worried about until mum started going, 'I know they're going to say it's spread to somewhere else, and I'll have to have a mastectomy and chemo', and I went 'shut up, shut up, shut up!' and so yeah, now I'm worried! But we'll see how that goes. Oh yeah, and my dad's going into hospital on Tuesday so he can have a nephrostomy, and I would explain why but my dad's medical history should perhaps be saved for another day... ANYWAY, lots of hospital this week. Le sigh.

Reading-wise though, I actually finished a book this week! And not just any book, but a book that's on my TBR Challenge list, and so one that's been on my shelves for about four years! This literally excited me so much, and I've already written the review so hey, there'll be at least one blog post about books this week! Yippee! I'm also progressing well with Jane Eyre (just over a hundred pages to go) so who knows, 2 book reviews this week? Can such a thing be done?! Maybe. I really don't know what to read next though- all I know is that I shouldn't read more than one book at once, and so I'll probably be reading 5 this time next week. Such is the craziness of my brain.

Finally, what I should be doing tonight is watching the Oscars, only to do that you have to have Sky Movies Premiere, which is a channel that I don't have because my dad is stupid and would rather have sports channels than movie ones. I'm blaming Murdoch for it though, because he's EVIL and SELFISH and doesn't want anyone to be happy EVER. I can't even be bothered to stay up and watch all the dresses go down the red carpet, so I'll just go to bed early (have to be at the hospital at like 9.15 tomorrow anyway!) and be all pissed off. And find out who won on twitter in the morning! One day I will watch the ceremony though guys. One day...
Posted by Laura at 17:48