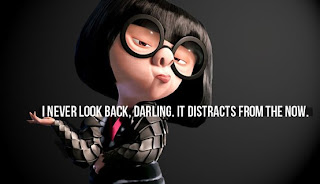 This has nothing to do with the following post. I just... needed a picture and I love this! EDNA!
If you read just one more thing this week:
Make it this Tumblr showing people reading on the New York Subway. I know how that sounds (sort of boring) but I swear, this photographer's kind of magic- he manages to capture people when they're fully engrossed in their books, and you just know exactly how they're feeling, and that they're not even on the subway anymore, but they're in the middle of The Hunger Games or in a weird parallel Japan (I have major respect for the people reading 1Q84, and anyone reading hardbacks on the subway actually, because that's one big book!). So basically, just stop reading this now and go right over there and bask in its glories. One of my favourites is this girl reading Middlesex, because I'm pretty sure my face was like that for the first, like, 100 pages or so. I hope she carried on reading it, because it's amazing!

Damn, now I really just want to go and read on the NYC subway all the time and be featured on the site. One day, guys, one day.

Anyway. This little life update feels a bit redundant really, because I've basically just spent all week in bed! I haven't felt this ill in a long time, which is why I'm convinced that I've got tonsillitis, whereas my mum just thinks I've got a cold. It's not a cold when everything aches and you just want to die you guys! On the plus side, it has made me catch up with New Girl and Two Broke Girls, and has enabled me to watch a LOT of Hoarders, and I've even started watching Breaking Bad again! So... thanks for making me feel like crap, body?

I did manage to crawl out of bed to go with my mum to collect her wig (actually I wasn't too bad on Monday and Tuesday- Wednesday is when the disease really incubated) and then nip into a few charity shops and pick up a couple of books (can I just say: At Home by Bill Bryson for 50p? Highlight of the week!) and that was like my whole life out of the home this week! Faaairly lame, I realise, but also, ill!

Fun hair news: mum got dad to shave off all the last little bits of hair yesterday afternoon (which I'm a bit miffed about because I wanted to do it!) so it was a bit alarming to see at first, but she's quite a pretty bald person really! I mean, I would say that, but I think it does suit her, which is probably a good thing to know about someone (although I'd rather not know about it at all, thank you very much...) and her wig is lovely too so it's all good really (I mean, not really. But as good as it can be, on the head front!)

OH! Here's my big thing of the week, and sadly it's going to sound kind of lame. Because, well, I bought the Joni Mitchell album Blue the other week, and I literally haven't been able to stop listening to it! And it feels so cliched to be like 'omg Blue is amaaaaaazing!' because I'm thinking everyone knows that by now, but seriously you guys, it's amazing! My personal favourite song is Little Green because it's so lovely and yet so sad and just beautiful, but the whole thing is just... yessssss *bliss*. I mean, I've always liked Joni Mitchell like almost from afar (as in, I liked Big Yellow Taxi and Both Sides Now and California; and the fact that she was a giant hippy) but now I'm just like, in love. Just, thought you should know that. And that I am, in fact, listening to Blue as I write this. Obviously.

Also, I really can't sing Joni Mitchell songs but I still try. Imagine how fun it is living with me at the moment!

So. That was this week, which didn't even really deserve a recap! This week, there's a super fun chemo session on Friday (yay.) but tomorrow I'm going to have an indoor picnic at my friend's house because it's supposed to rain which will actually be fun. Other than that, I don't know- it's supposed to rain allll week, so I suspect I'll be spending a lot of time inside in the house, which as we all know= Hoarders and reading, so not too shabby at all. I've just started reading Night by Elie Wiesel this morning and I suspect I'll finish it before tonight even though it's breaking my heart already. Actually, scratch that, my heart is already broken. Damn Holocaust literature...

Anyway. That was the week, and this will be the next week. How was your week?
Posted by Laura at 16:53