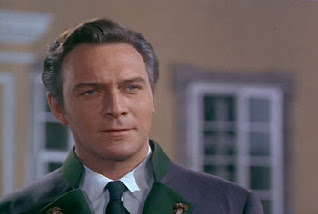 You'll see why in a bit. Just keep reading.

I somehow managed to forget to do a Sunday Sundries post today, and now it's like 6pm (not that late, I realise, but there's Breaking Bad to be watched, and dammit I want to just lay around like it's a Sunday!) So, what I'm saying is, this is going to be relatively brief *cheers ring out across the WORLD*.

So here's a thing that happened this week- I got my first ever piece of fan email! I mean, it was a few lines just saying 'hey, I really like your blog and your reviews AND you're really funny' and I was like, firstly, I love you, but also, how nice is that?! I mean, when I find a new blog that I LOVE, I usually leave a comment just telling them that I love them, but an email is sort of above and beyond, and it was a real confidence booster. It also got me to thinking about how lots of bloggers have had people sending them negative emails really, and how equally confidence breaking that must be. I mean, why do it? Wouldn't we all rather live in a world that bolsters positivity and confidence, rather than just being nasty to each other all the time? And what kind of a person goes out of their way to actively be horrible to someone? A bad kind, that's who.

But anyway, fanmail, yay! And here's another thing I've been noticing about myself- I'm a lot less tolerant of certain types of books these days. And by that, I mean that I'm a lot quicker to give up on one then I ever have been before (as in, I haven't been) and I really don't know what's up with that. Actually, I have a couple of theories- firstly, that I've got SO many books that I can't really be wasting my time on books I don't like more or less straight away (well, ok, I don't have to like them straight away, but I can't be doing with actively disliking them) and also because of this too many books thing, I'm trying to get rid of some (basically just to get more) and so just giving a book up because I don't like it means I can go and get a new one (at some point) that I do like. Basically, what I'm saying is, I read the first bit of Cloud Atlas this morning, and I didn't like it, so it's already in the charity shop bag. And it feels GOOD.

Anyway- real life things. Let's see. I hung out with my friend on Monday cause it was a bank holiday here, and we had a joyous time- we pondered about whether the Von Trapp family were Catholic or not and also about how camp the cowardly lion is (guess which films we watched!) and it was all awesome. And then it rained alllll week and I went on two hospital appointments and was disgustingly housewife-ish on Saturday (I did the washing and baked [CHOCOLATE RAISIN BROWNIES OMG] basically... but still, housewifery on a Saturday? No.) but the lovely Monday got me through the week. Also I read some things and watched some other things and that was all good.

So! That was about it! The internet told me that it's Mother's Day in the US today, so I hope you're all being nice to your mums and have bought them appropriate gifts and things. Today is also Hanna over at Booking in Heels' blog birthday, and she's giving things away, so go over there and tell her happy blog birthday! I feel like there was another link that I really really had to share with you, but I can't think of it... But if I tweeted it, it was probably awesome, so you should really just be following me on twitter already!

Aaaand, now I'm really done. Have a lovely week everyone!
Posted by Laura at 18:08