The Great British Bake Off
There's literally nothing about this programme I don't like, and when it was on the other night I believe I burst out with 'this is my favourite programme ever!' I especially like it because I like to bake too (although, seriously, I'm nothing compared to some of these bakers) but even my dad, who I believe struggles to boil an egg, likes it because it's all jolly and English, and everyone's basically really nice to each other all the time and it's wonderful. And also, BAKING! And ALSO also, Mel and Sue, who are clearly awesome, and hello BBC, what are you doing with them the rest of the time? Think about it.

And oh my LORD, I've just remembered that next week they're making gingerbread houses. Like it could get any better...

Cupcake Wars
Cupcakes Wars is kind of terrible, in that it's really formulaic and everyone always has a problem just before the advert breaks and it's like 'oh no, will the cupcakes be made?!' and the answer is always yes. But. Cupcakes! There's nothing I like to make more, and to be honest, it's pretty soothing watching people make them, even when they put weird shit in them like pickles and bacon. I didn't make either of those up. Basically, I wouldn't exactly hate having my own cupcakery, so I can indulge in a little bit of... wishful thinking as I watch. And speaking of wishful thinking... 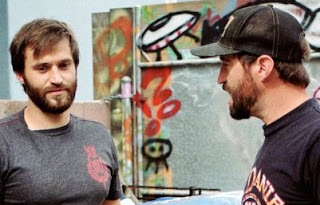 The carpenters are HOT!

Nigelissima
Nigella's back! And she's making Italian food. So I've only watched one episode of this, but it was extremely pleasing even if basically everything she made involved meat (a pizza with a meat instead of bread base? Come on Nigella, what?!) Her programmes are pretty much always good to watch, and I watch repeats of them whenever I can find them, so I can only assume that this will continue to be great. And if she keeps making Nutella Cheesecakes (YUM) then Nigellisima will never be anything less than awesome. 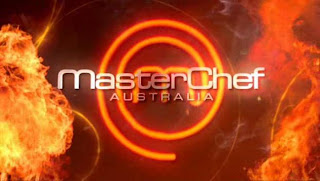 I really hate English Masterchef. The judges are dreadful, the amateur cooks are annoying, basically everything about it pisses me off. But Masterchef Australia? It's amazing- the judges are so lovely, you really feel like you get to gradually know the contestants, and the entire format is just so much better than the English one. In my house, we're onto our third series (and a series lasts from September to early December, it's a long term investment!) and our love for it really hasn't waned at all. If you live in the UK and have literally no idea what I'm talking about, it's on Watch at 7pm basically every night, and honestly, you don't know what you're missing!

I guess sometimes I watch programmes that have nothing to do with food (I was going to say Breaking Bad, for example, but I guess that does have an awful lot of cooking in it...) but those are few and far between, and, to be honest, I love watching all of these things! The main drawback is that they do make me awfully hungry, but hey... What are snacks for?!
Posted by Laura at 15:50