"Indeed, your failure to understand that there are things much worse than death has always been your greatest weakness." 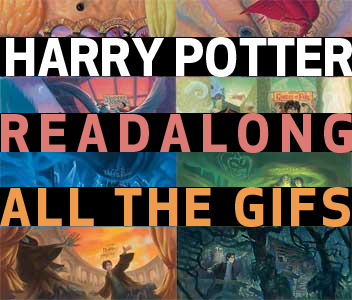 Oh my. I don't know if it's just because I read the whole of the last part of OotP in one sitting that everything felt at the EXTREMES of drama and tension and OMG-ness, or if that's just the way it was for everyone. Because, ignoring Grawp (which is the only correct thing to do, frankly) this whole section was just like action action action DEATH action action DUMBLEDORE CRYING hometime. I didn't really have time to breathe and I was kind of distraught, but at the same time...

It was kind of awesome.

I think we're all aware of my feelings about Sirius at this point, so I shan't labour them now, but I will just say that... I'm not happy that he's dead or anything. I'm not going to dance on his grave or cheer or whatever, because I understand what he means to Harry, and I understand that, on the most basic level, he wasn't an evil character. But I also didn't cry when he died, and there were a few things around it that made me sadder- Neville's courage when he stands up to Bellatrix ('I DOE YOU HAB!'), Lupin's sadness ('It sounded as though every word was causing him pain.') and Dumbledore's solitary tear at Harry's fate.

Not that it's ever a 'what is sadder?' competition, because that sounds like a horrible contest! But in terms of the things that touched me the most, Sirius's death wasn't really up there.

I know there are Umbridge things to discuss (she'll get a bullet point, don't worry) and also McGONAGALLLLL, but for me this part really just boils down to the bit in the Ministry of Magic, and the bit in Dumbledore's office. For excitement (and HORROR) the MoM scenes can't really be matched, but in terms of setting things up for the last two books, I feel like the chapter in Dumbledore's office is really the MOST IMPORTANT EVER. A lot of things are resolved, a full scale character analysis of Sirius goes on, and so many things are set up for the end point of everything.

The part in the Department of Mysteries (which, by the way, is absolutely where I want to work when I grow up, because things that WITCHES AND WIZARDS can't even figure out? YES PLEASE!) is just completely perfect, in that it's confusing and mad and fast, and even though you might not be sure what's going on all the time, that's ok because you still can't stop reading and OMG the Peril! My heart was in my mouth the whole time I was reading, and I knew what happened! I can't even tell you how much I appreciate that Harry and Neville believe that everything will be ok when Dumbles arrives though, because that's how I feel about him all the damn time. I love Dumbles.


And finally- (look out, because I'm about to compliment Sirius here. Ish.) I enjoy Harry's seeking out of Nearly Headless Nick to ask him if Sirius might be a ghost, and Nick telling him that he clearly won't be. It seems to me that being a ghost, and choosing to not move on to whatever's next, and choosing to be a mere shadow is kind of the cowardly thing to do, and whatever else I might say of Sirius, he definitely wasn't a coward. I figure that, choosing to be a ghost would be like staying inside the house, only forever, and that just wouldn't be Sirius's choice. Not ever. I feel like Harry understands that, and if not then he should. 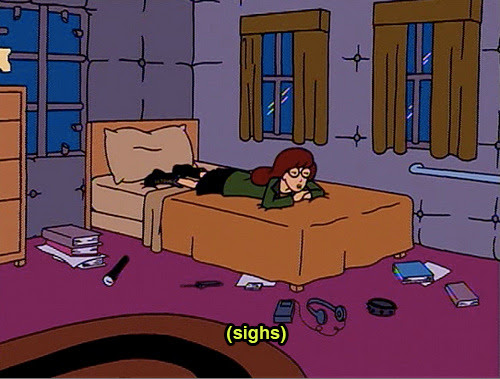 Is there anything happy at all in the Half Blood Prince?! I really hope so. I think we all need it!
Posted by Laura at 08:00