Things that have amused, intrigued or made me nod A LOT this week

You guys are so so lucky. You have no idea how close you were to reading (or, I should say, not reading) one big giant rant about the internet dramas I have observed and been pissed off by this week! In summary they were: annoyance that Girls is being called racist when, you know, that'd be TV in general, but let's take it out on the girls, huh?; that there was a big YA book blogger DRAMA that I didn't really care about and yet inexplicably spent like half an hour investigating at midnight on a Thursday night (why, me? WHY?); and this whole Lush-being-sexist thing that made me want to shout at all the feminists and tell them to stop making everything be about women, because some things are about animal rights and this was one of those things and ARGH.

See, a one paragraph rant is much more bearable than a whole post! I think all of the above probably proves that I spend too much time on the internet, and I should probably get more fresh air and stuff, which I would except that it's been raining ALL WEEK, and when it hasn't been raining it looks like it's going to and that does not exactly encourage me to go on a nice invigorating walk. Really. And let's just say that the weather has pretty much been reflective of my mood for the week, which has been FOUL and also grumpy. Which probably contributed to the disproportionate anger over internet things that I probably need to get over to stay sane. And I also need to listen to this. A lot. 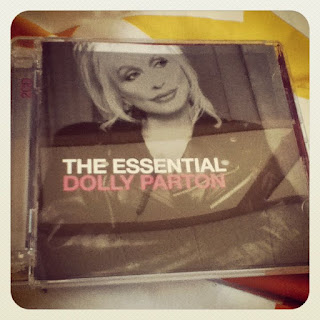 Like Prozac, only better.
And now for an important update on my mother's hair: It's still hanging in there! Kind of. She's sort of a bit baldish at the back, but there's still some there. Which is fortunate because we're not picking up her wig until Tuesday (we were meant to get it on Wednesday, but she didn't feel well enough to go, so Tuesday it is!) Have I talked about the wig before? Possibly not- it's really nice and not all that different from her actual hair, which I think is a missed opportunity! And also I was a bit disappointed by the wig fitting, in that I wasn't allowed to try any of the wigs on, which is another missed opportunity, I feel!

I really have nothing else to report from this week because, you know, rain stopped play and all, and also because I don't do any of the things ever. Oooh, except I made Jam Doughnut Cupcakes, but I can't tell you what they're like because I haven't tried one yet (they're for today's pudding at my nan's house- we have Sunday Lunch, like Friday Night Dinners in the Gilmore Girls except that there's like 11 of us and we all like each other...) but they look DELISH, and, hello, they're Jam Doughnut Cupcakes. And, as an added bonus they're vegan, which, as we all know, means that they're calorie free *high five*.

I've just realised that this coming week involves the start of May, which is terrifying so let's pretend that's not true... No chemo for mum this week so that's like the best thing about a week at the moment. Other than the wig collecting I don't really have any plans, other than staying off the internet because it's really pissing me off at the moment (I've just remembered another blood pressure raiser: Everyone's being mean to Dooce, and I can't stand it!) So, yeah, less of that and more of the outside thing I've heard so much about. Combined with, and I think it goes without saying, much reading and figuring out how to listen to an audiobook (like... just lay down and close my eyes and listen? Or do something at the same time? I'm very unsure...) If any of you have any suggestions on that, please throw them my way because I JUST DON'T KNOW! And have lovely weeks, each and every one of you!
Posted by Laura at 11:25