The Woman in White: Part Two 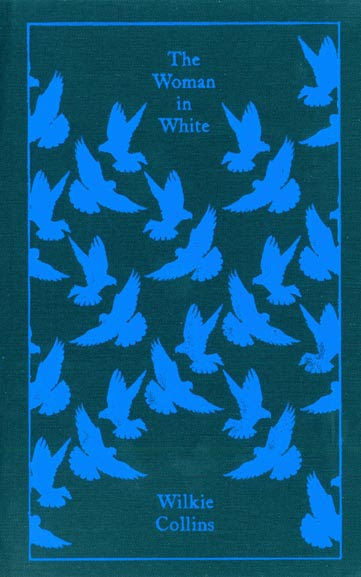 Woooooah, revelations abound in that last chapter there, amiright?! I was just reading it with my mouth hanging metaphorically open, mentally cheering on Marian, and not quite believing what was going on. I mean... I knew there was totally something shady about Fosco, BUT encouraging Laura's murder?! Really?! REALLY?!

But that was the end of the section. Sooooo much more to talk about than that. Glossing over whatshisface's narrative (Gilmore? The lawyer guy?) because it was boring and basically just moved the plot forward a bit and blah blah blah, let's just get to Marian! And get to her we did- and if Marian could just narrate the whole of the rest of the book, that would be great, kay? Kay.

So. Let's talk about Fosco because he's a very very interesting (and by that I mean potentially evil) dude. And I really didn't know what to think of him at first- I was like, well Marian seems to like him well enough, and he's so good to the animals, and YET he's this crazy man who as the ability to turn women basically into robots. So I was a bit iffy whenever Marian was like 'oh yeah, he's quite nice' because, you know, subjugation of women and stuff, so when her opinion changed of him when he basically argued that you should totally be a criminal as long as you can get away with it (BAD!) I was relieved because, well, I can't have a dissenting opinion from Marian!

Except for this one. Because it pisses me off when she's all like 'oh, if only I was a man, I would do this' because I'm all like 'Just do it Marian!' since, you know, she can do all these things, but doesn't because it would be unladylike. That is, with the exception of her dazzling feats of climbing over rooftops which I fully approve of (seriously, that last chapter? I want to marry it and have its babies because it was so AWESOME.) And also the thing where Fosco's like 'oh, she is as smart and cunning as a man', and I'm like THOSE ARE NOT NECESSARILY MASCULINE TRAITS, STOP BEING SO DAMN SEXIST, and then I remember it's a Victorian novel, and, well, Marian's a fairly awesome female character considering that, so I should probably just shhh (especially because I'm a woman. HA).

Anyway, so Marian is still awesome, and if you want to consider just how awesome, consider this:


"'Who cares for his causes of complaint? Are you to break your heart to set his mind at ease? No man under heaven deserves these sacrifices from us women. Men! They are the enemies of our innocence and our peace- they drag us away from our parents' love and our sisters' friendship- they take us body and soul to themselves, and fasten our helpless lives to theirs as they chain up a dog to his kennel. And what does the best of them give us in return?'"

Presumably the answer to that is, you know, babies and shit, but oh Marian, you're right- marriage shouldn't be a woman's only option! It was poor old Laura's only option (at least in her brain) and oh boy is she regretting it now, even if she does at least have Marian there to help her out. Laura was a lot more interesting in this part, I thought, even though she's still pretty weedy compared to Marian. The thing is, though, she's another one of those people that Marian likes, and so I basically have to pretty much like her too- that's how this thing works!

Apart from the end of the section, probably my favourite bit was the bit described by Laura with the still mysterious Woman in White, Anne thingummy. Because, ooooh the mystery, and the thing she knows about Percy (I don't think he deserves to be called Sir Percival, so I refuse to address him like that) that he doesn't want anyone to know, and they've mentioned the creepy lake so much that I have to wonder if there's a body in it, which is soon to be joined by Laura's and OH MY GOD THE HORROR! Or maybe it's a whole other secret entirely, about his secret wife locked in the attic or something, but I really really really want to know! Damn it being all suspenseful and stuff! Oh yeah, and Anne managed to keep up her reputation of being extremely creepy and ghostlike, since she once again tricked me into believing that she was, in fact, a ghost. I'm fairly sure she's still alive, but really, who can tell?!

There were probably more things to say about that last bit, but they were all blown out of my head with Marian being like Spiderman or something, and with the plotting/encouragement of Laura's murder, which, actually, I can still hardly believe! I'm really really excited to read the next bit, and to NOT leave it until Sunday night when there are like a million pages to read. Or, at least, I'll try not to...
Posted by Laura at 15:07