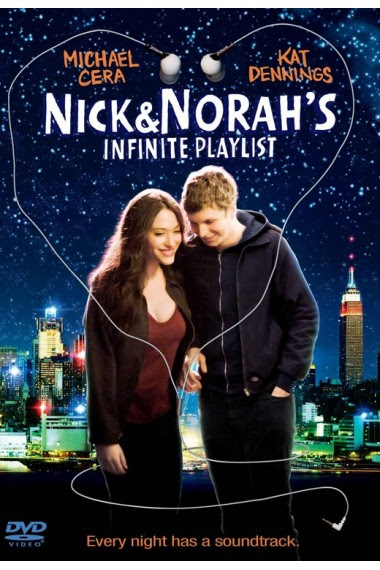 I feel relatively indifferent about this movie, I think mainly because I'm jealous that I didn't get to gallivant around New York City on a Friday night and have the opportunity to fall in love with Michael Cera. But also because, there were things I liked about it, and things I didn't. Let's look at those, shall we?


Stuff I Didn't Like:
Now that I've been properly thinking about it, I think I like this film more than I dislike it. So that's good! I think, in the end, Norah's awesomeness really cancels out all of the things I didn't like so much about the film, and wanting her to be happy in the end made all of the insanity worth it. I didn't realise this was also a book until Alice was talking about it (ages ago, it took me a looong time to be bothered to write this review) so I kind of want to read it and see how it compares. AND I now want to find my musical soulmate because, well, that would be completely awesome...
Posted by Laura at 10:12