Devouring Films: A Star is Born 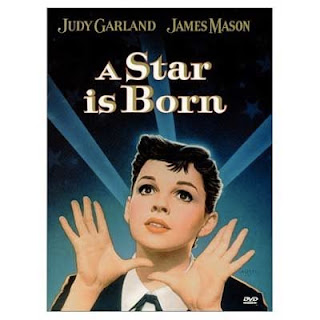 I just watched A Star is Born after having it for about a year from LoveFilm (or, ok, like a month), not because I didn't want to watch it but because there was never a time when the big TV in my house was free for 3 hours, and a musical really demands a big screen! Anyway, I really enjoyed the film, even if it wasn't necessarily the musical I was expecting (as in, there was no spontaneous singing, but rather only singing where it should be, like in performances and stuff), and Judy Garland was, as ever, truly amazing. I have decided however, that rather than giving you a full on review, I'd tell you the things that I have learnt from Norman Maine, Judy's husband in the film, about how to deal with unemployment. There are clear dos and don'ts that he represents, and I think we can all learn a lot from him. It goes a little something like this:

I think these are all vital points to be aware of when one is despairing over their status of unemployment. Also, this about sums up the final third of the film, just so you know! I'm going to try now not to resent my own wife's success and go and make something of myself... I'll let you know how it goes!
Posted by Laura at 13:31